Top-performing FAANGM stocks have this in common… – The Average Joe

Top-performing FAANGM stocks have this in common… 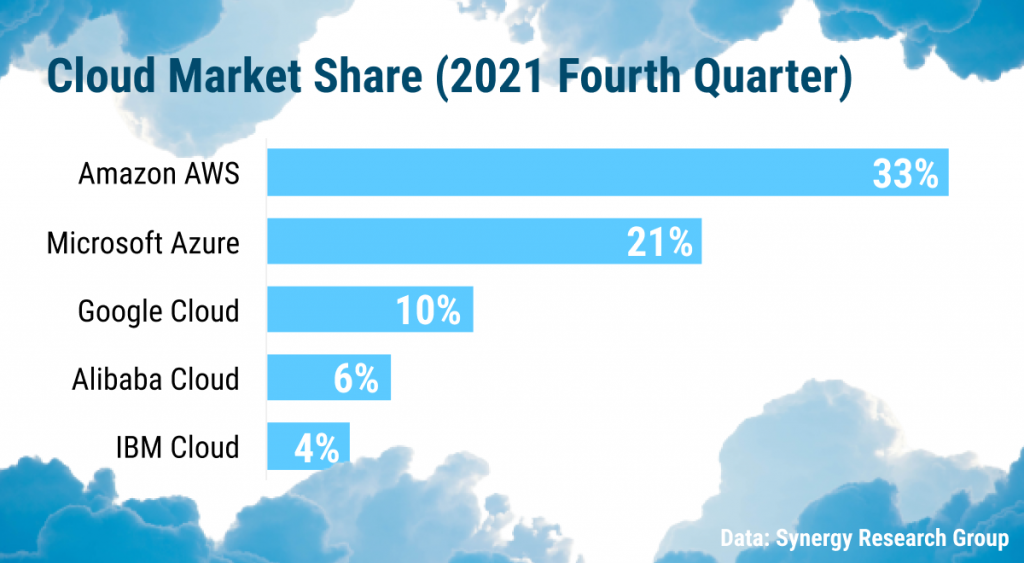 The top-performing FAANGM stocks (AMZN, MSFT, GOOGL) have something in common: a rapidly growing cloud business.

Growing importance: The cloud divisions of these three giants have also become one of their fastest-growing segments.

Microsoft CEO Satya Nadella estimated tech spending as a percentage of GDP to double by the end of the decade. If this plays out, cloud will become an increasingly significant part of these stocks’ growth stories.

Per Synergy Research Group (The Register), cloud providers are having trouble competing with the scale and reach of the three market leaders.

In the first quarter, the cloud industry grew 34% year on year. While growing IT spending benefits all cloud providers, the leaders could continue to dominate, just like they did with their core products.