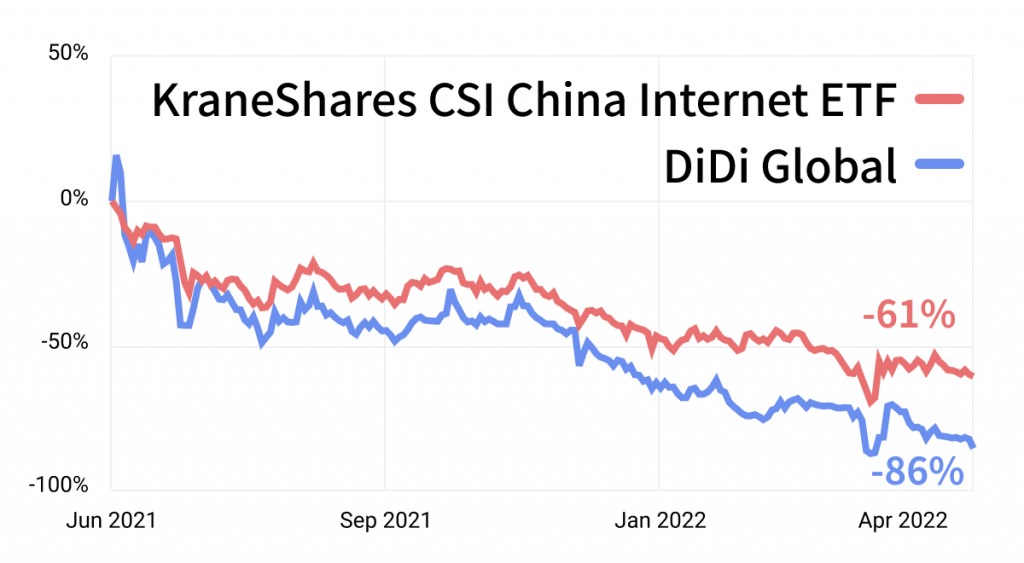 DiDi Global (NYSE:DIDI) — the Uber of China — may soon remove itself from the US stock exchange.

What’s the big deal? On May 23, DiDi will vote on whether to delist its stock from the New York Stock Exchange.

DiDi was one of the biggest targets in China’s crackdown on the private sector — with China launching an investigation into DiDi for “national security concerns.”

Since going public, $DIDI is down over 86%. Chinese stocks saw a wave of momentum in March — as China announced new favorable market policies.

Unfortunately for DiDi, this might not be the case. DiDi also reported its fourth-quarter report with sales declining 13% and net loss widening by 95% from a year ago.

A lockdown of this size will significantly impact China’s growth — who’s targeted a 5.5% growth rate for 2022.