The investor who cried crash: Michael Burry sells off entire portfolio except for one stock… – The Average Joe 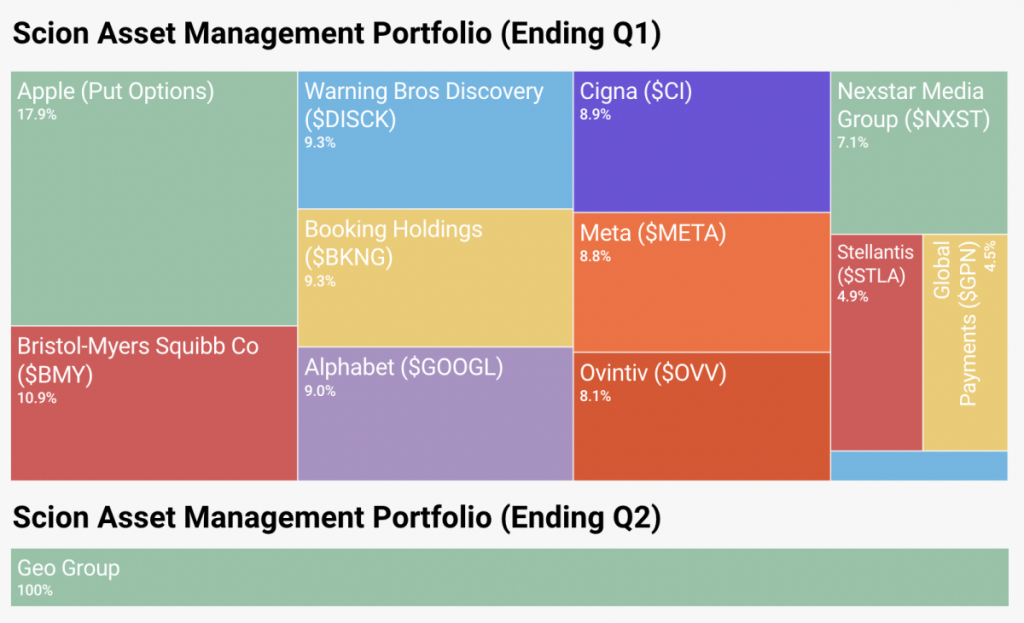 Michael J. Burry — founder of Scion Asset Management — is the famed investor known for predicting the 2008 financial crisis and also the star of The Big Short.

Burry is also known for posting cryptic tweets with little context (and also deleting them shortly after):

He’s done many things to boost his street cred: Investing in GameStop (before it was cool) and betting against Tesla and ARK in 2021.

But he’s also done many things to lower his rep: Calling Tesla overvalued and betting against it in 2020, and repeatedly warning of a market crash for many years.

Recently, he ridiculed the idea that the Nasdaq was in a bull market — saying the market made several big recoveries in past crashes before finding a bottom. His recent moves make it clear which side of the trade he’s on…

It’s uncertain when in the second quarter he sold his positions — and investors won’t know what he’ll do this quarter for another three months.

What we do know is that professional investors are often wrong, and following their moves can often do more harm than good.