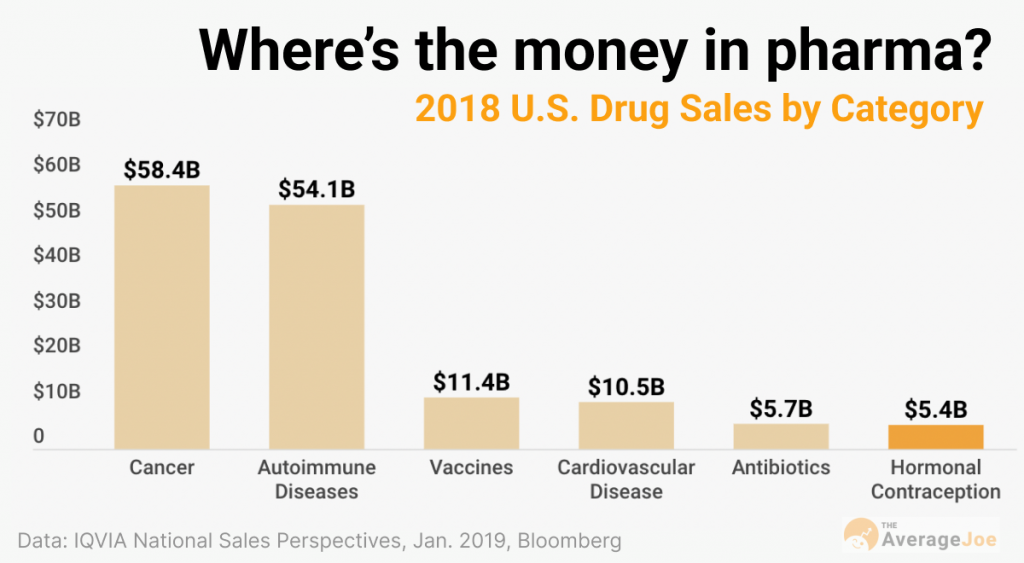 Birth control pills were approved over 60 years ago. In November, the FDA will be considering an application to sell over-the-counter birth control at pharmacies for the first time.

The two candidates being considered are made by:

The U.S. and Canada are among the few countries that require a prescription for birth control. A study showed that 29% of those who tried to get a prescription had difficulty getting one.

Still, for pharma companies who are going after $20B+ blockbuster drugs, birth control is a tiny market. It’s one reason why there has been little innovation in the space.

The cost of contraceptives is also significantly lower than other treatments. HRA’s over-the-counter birth control pill costs £10 per month in the U.K. Compare that to cancer treatments which run into the hundreds of thousands per month.