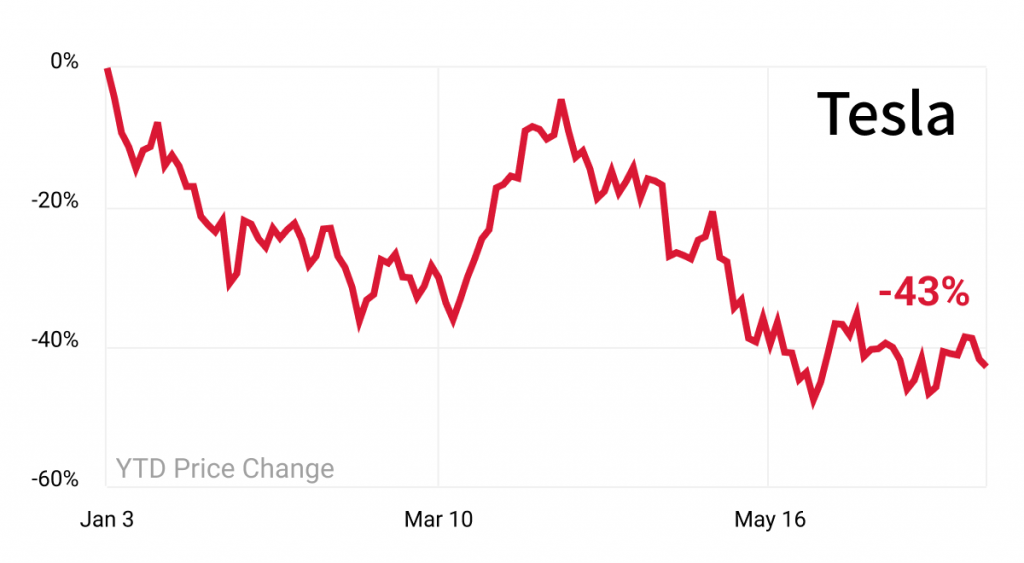 Elon Musk is worried about many things: an “inevitable” U.S. recession, factories losing billions and a Twitter acquisition that never seems to close.

In preparation for a downturn, Tesla is cutting 10% of salaried staff and laying off 200 people in its Autopilot team.

What’s the big deal? $TSLA is down 40% since Shanghai shut down one of Tesla’s biggest production facilities.

Investors: Wall Street firms have cut earnings and delivery estimates on Tesla recently. Tesla is expected to report second-quarter delivery numbers in early July, which will give a clearer picture for investors.