Tesla Earnings: Did Elon Musk shoot himself in the foot? – The Average Joe

Tesla Earnings: Did Elon Musk shoot himself in the foot? 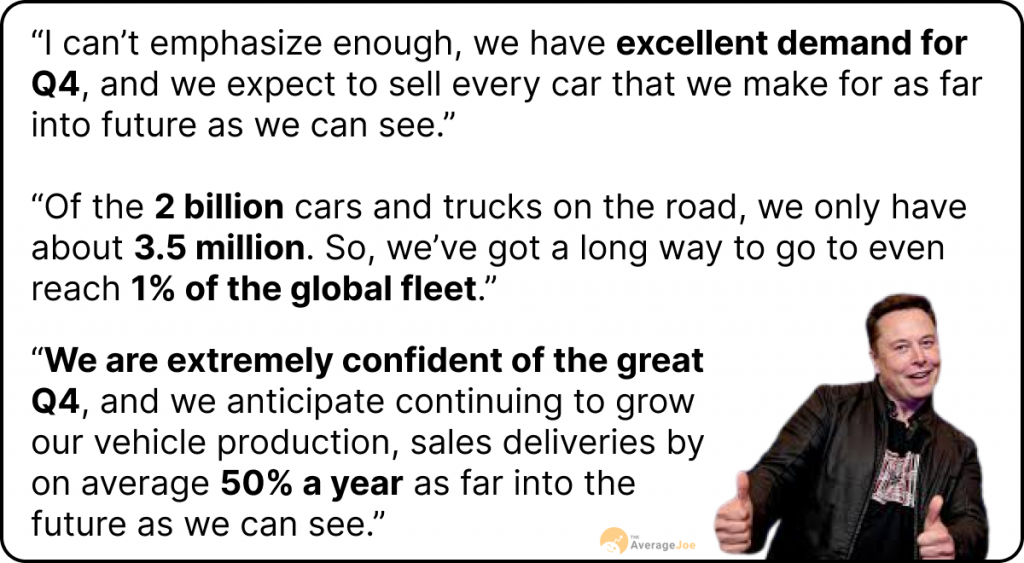 Lots of chatter after Tesla’s earnings report. Investors are getting worried about Tesla after the release of their third-quarter financial results.

But it was a record quarter, right? $21B in sales, with net income doubling to $3.3B. For most companies, this would have been impressive. But not for Tesla…

There are extremely high expectations of Tesla for two reasons:

The results were strong (but failed to meet estimates). It’s always about expectations. With such a high valuation, investors expect lots of growth. Investors will be quick to move on if they fail to meet that growth.

A lot is riding on Tesla meeting demand next quarter. For years, Tesla had a massive backlog. How’s demand holding now?

When Musk was asked about demand, here’s what he said:

But data from other auto companies paint a different picture: Auto loans have fallen significantly and auto sales in China (one of Tesla’s largest markets) is slowing rapidly.

There’s a lot riding on Tesla meeting demand next quarter.