Tesla beats earnings, but investors should be worried about their falling margins – The Average Joe

Tesla beats earnings, but investors should be worried about their falling margins 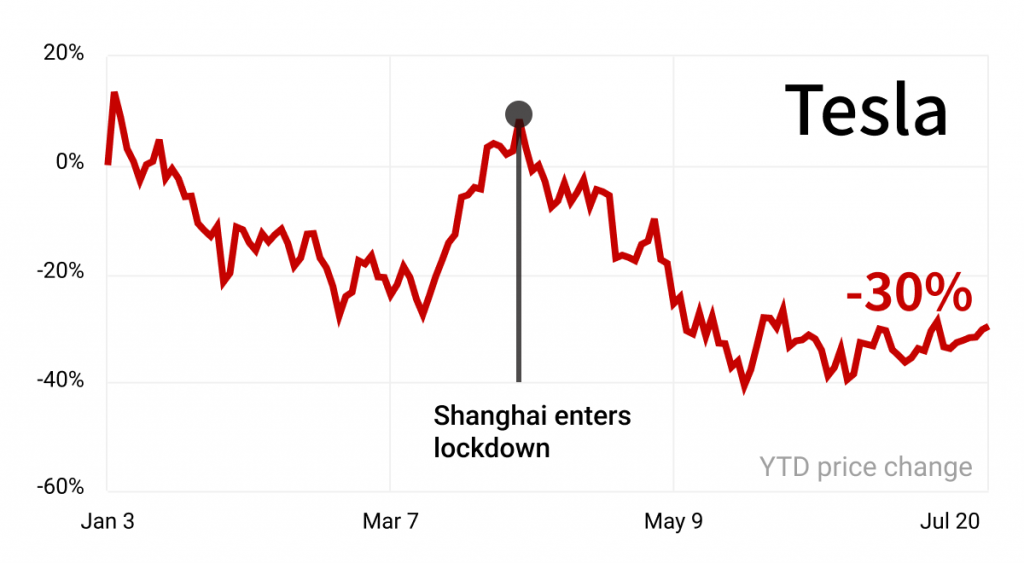 Tesla reported mixed earnings yesterday, which showed what analysts expected — the second quarter was going to be challenging for the top electric vehicle maker.

What’s the big deal? Many of Tesla’s problems were known beforehand: Tesla’s deliveries were impacted by the shutdown of its Shanghai production facility over COVID lockdowns and existing supply chain issues.

Those problems led to auto deliveries falling 18% from the previous quarter. Tesla reported:

Last month, Tesla began laying off 10% of its employees, with Musk having “a super bad feeling about the economy.” And he has good reasons to be worried.

Avoiding auto: Odds of a recession continues to rise, and the arrival of one will have a major impact on the auto industry. A recession lowers demand, and rising rates will make car loans more expensive — pricing out some buyers.

Auto is one of the last sectors you want to be in when a recession hits. Just ask Chrysler and G.M., who filed for bankruptcy after the 2008 financial crisis.