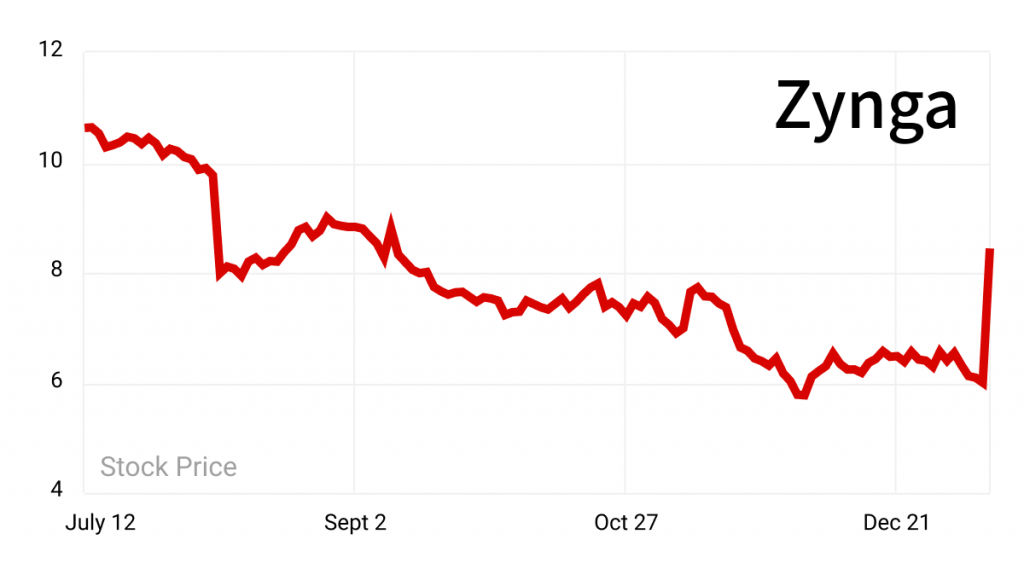 What’s the big deal? The mobile gaming industry is growing rapidly — and game makers are investing heavily into mobile gaming with large acquisitions.

Take-Two — big in PC/console gaming — owns franchises like Grand Theft Auto, NBA2K and BioShock.Acquiring Zynga will give it a stronger position in mobile gaming.

The Farmville history: Zynga — known for its FarmVille series — had a bumpy ride since going public in 2011.

Zynga received buy-out interest earlier this year — the rumors were indeed true. As its public chapter comes to an end, investors can turn to the many other gaming studios to bet on.

Gaming stocks soared during COVID but most are down big since growth and COVID stocks peaked last February — with several mobile game stocks now looking cheap on many metrics.