Streaming wars: Netflix is using its profitability to their advantage – The Average Joe

Streaming wars: Netflix is using its profitability to their advantage 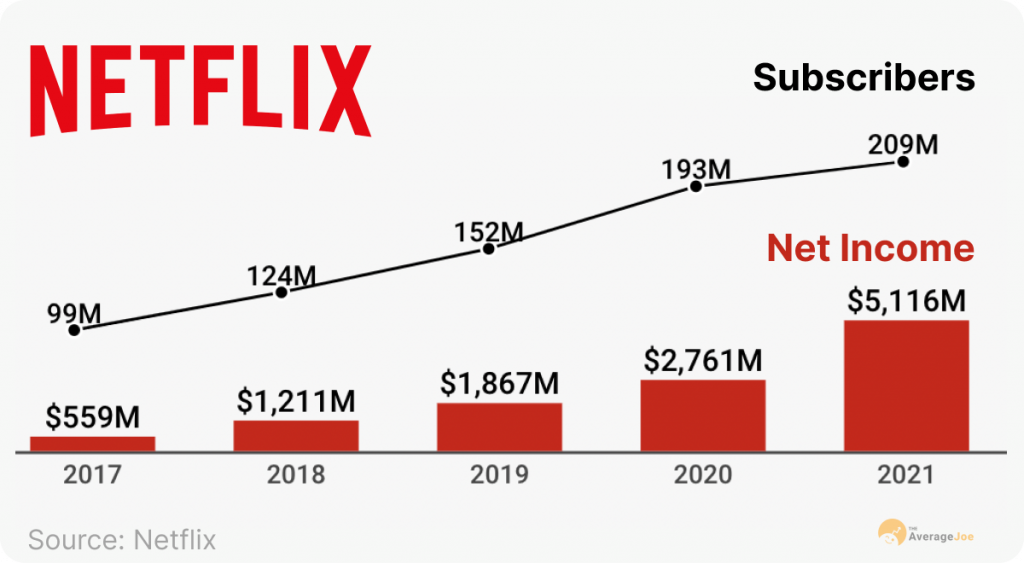 On the other side of the streaming wars, we have Netflix.

Netflix and Disney have been neck and neck as the largest streaming service.

Netflix is using that to their advantage

Netflix’s pitch to investors: Instead of focusing on our subscriber count, focus on how profitable we are (the most profitable) — a tactic that seems to be working.

Nice looking chart you got there, Netflix. 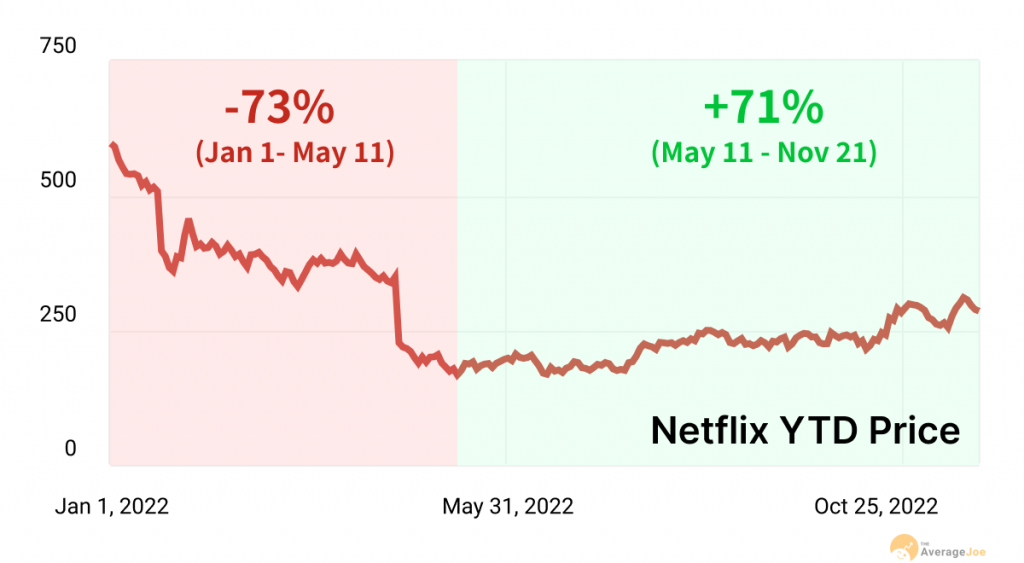 It’s an interesting period for Netflix. Their stock took a big hit at the start of the year — but the blow to subscriber growth was less than expected.

Sentiment has improved with the quick launch of their cheaper ad tier this month. Password sharers, they’re coming for you next year.

But how much bigger can the streaming service get? Netflix said they only make up 8% of TV viewing in the US and UK. And streaming makes up 35% of the US market share — with the other 65% still on linear (scheduled TV).

The Average Joe: “We’re cautious about the impact of slowing consumer demand on streaming services. But we’re all about picking quality businesses run by great founders at attractive prices. ✔️ ✔️ ✔️. ”