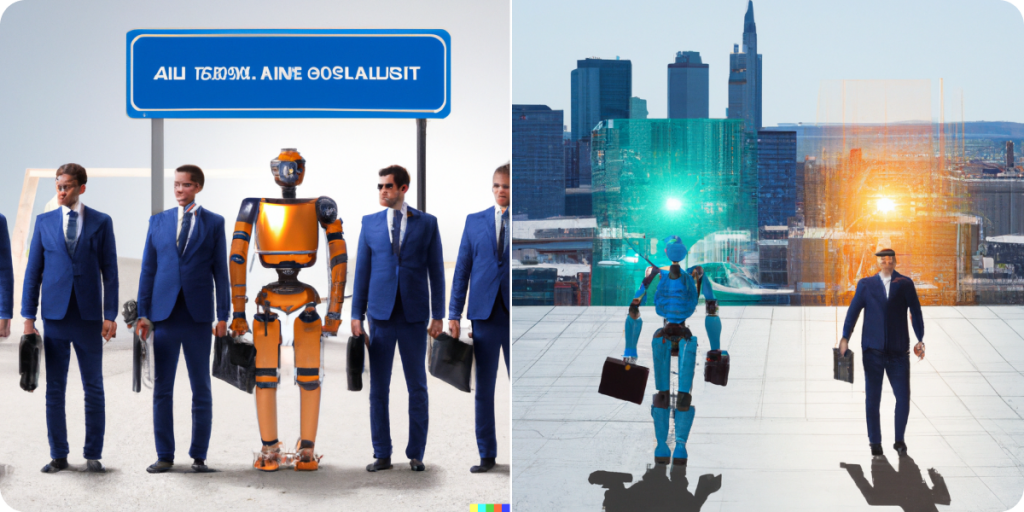 OpenAI’s automated systems ChatGPT and DALL·E, have taken the world by storm.

But who has the right to the images created by artificial intelligence (AI)? Do images used in training the AI have legal claims?

It’s a tricky situation. The tech could make many jobs and businesses obsolete. It’ll also have a significant impact on companies — both financially and legally.

Selling royalty-free images is a sizeable market. Getty Images (NYSE:GETY) has built a $2.1B business, and Adobe (NASDAQ:ADBE) also has a significant business selling stock photos.

But the two have very different attitudes toward AI:

Getty Images has faced several lawsuits over selling “licensed” images. Adobe is a much larger organization that afford the legal risk.

Lots of questions about the future here. Let’s keep an eye on the space and see what major companies can be built from the tech.