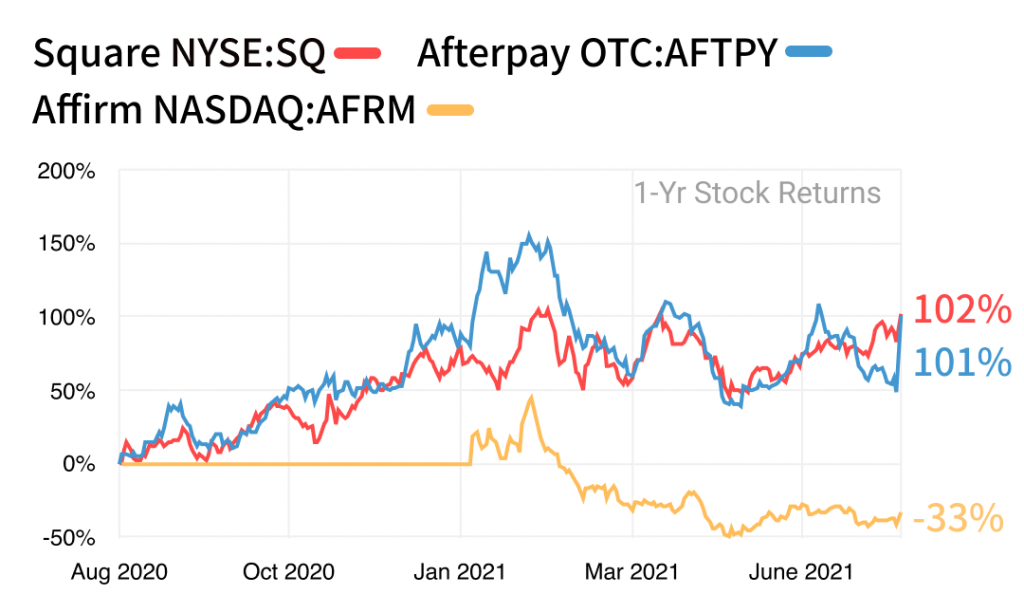 What’s the big deal? The BNPL industry is one of the hottest areas in fintech — disrupting the massive $3.6t credit card industry.

Square is known for its all-in-one cash app which provides banking, investing and spending. And now, this acquisition brings Square towards the front of the BNPL industry (second to privately-traded Klarna).

The signal: While BNPL is still a fraction of the credit card industry, the price tag on Afterpay shows large fintech companies seeing the potential growth in the emerging industry.

Square entered the BNPL market by buying a competitor — others took a different route:

The other guy: The acquisition also benefited competitor Affirm (NASDAQ:AFRM), which jumped 15% on the news.

Square’s willingness to pay such a high price for Afterpay inadvertently increased Affirm’s attractiveness, but the competition is only starting.