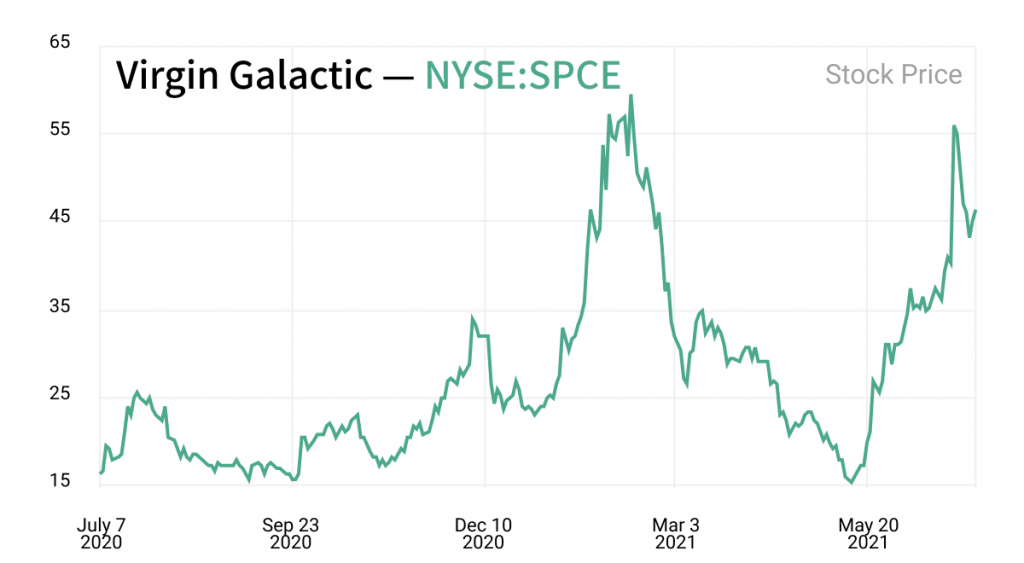 Space stocks: The first half of 2021 has been a wild ride for space tourism company Virgin Galactic. This Sunday, its founder, Richard Branson, will blast into space for the first time.

What’s the big deal: A joy ride to space is closer than ever. 2 weeks ago, Virgin received its commercial space-launch license — allowing the company to take on passengers. If Sunday goes smoothly:

It’s more than just a billionaire’s race to space (Bezos vs. Branson). With a whole industry watching, its success would cause interest and investment in the sector to take off.

Space investing has entered the chat: Companies and investors are already capitalizing on the space trend. But beyond Virgin, success has been mixed:

Space companies of all types are going public via SPAC — i.e. Satellite companies (Planet Labs and Satellogic), and space infrastructure (Redwire). But the list is missing the biggest name — Elon Musk’s SpaceX/Starlink.

Looking forward: Orbiting back to Virgin, its stock soared by over 180% in two months. But after its big move up, UBS analyst Myles Walton downgraded the stock to “neutral” — not expecting much upside left.

When it comes to rockets, there’s always the possibility of last-minute delays. Regardless of Sunday’s flight results, Virgin’s in for a ride.