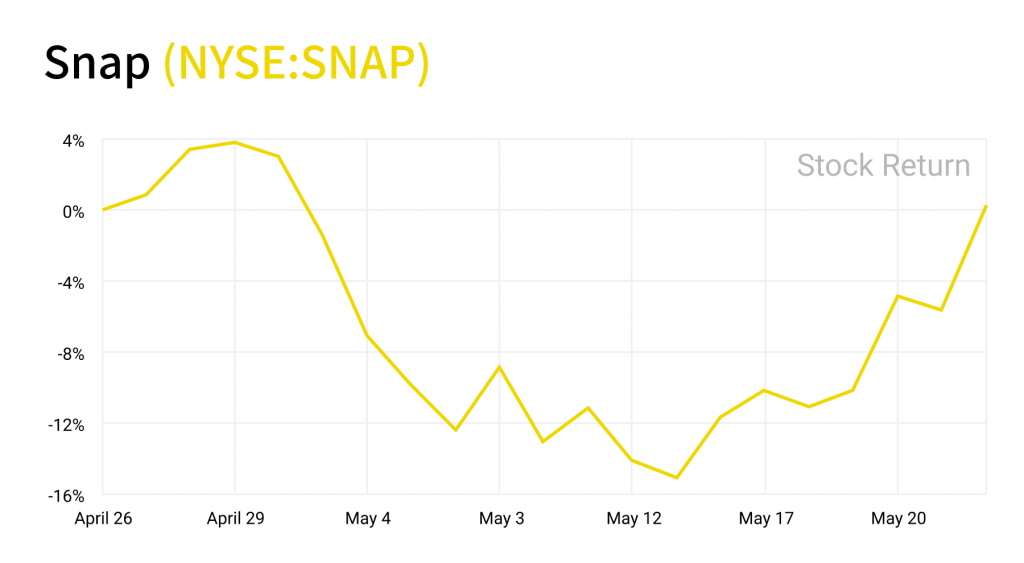 Snap (NYSE:SNAP) isn’t giving up on its augmented reality (AR) glasses, which flopped in 2016. Instead, it’s doubling down, with a $500m acquisition of WaveOptics, an AR technology startup.

What’s the big deal? Snap has been on an acquisition spree, with WaveOptics being Snap’s largest to date — all part of its plans to grow revenue by 50%+ over the next few years.

Snap announced the 4th generation of its Spectacles,  the latest version of its AR glasses, which only 0.08% of Snapchat users bought back in2016.

Who else? Apple, Google and Facebook are all reportedly working on their own glasses.

Overall, AR glasses still struggle to find a use case…

The Joe’s Take: While Snap’s bet on AR is a long-shot that could take years to play out, its other products in development could help accelerate revenue in the meanwhile — i.e becoming a shopping power app.

Comparing: Snap is one of the more resilient social media companies — only falling 10% since Feb’s tech correction, while Twitter and Pinterest are down more than 20%.