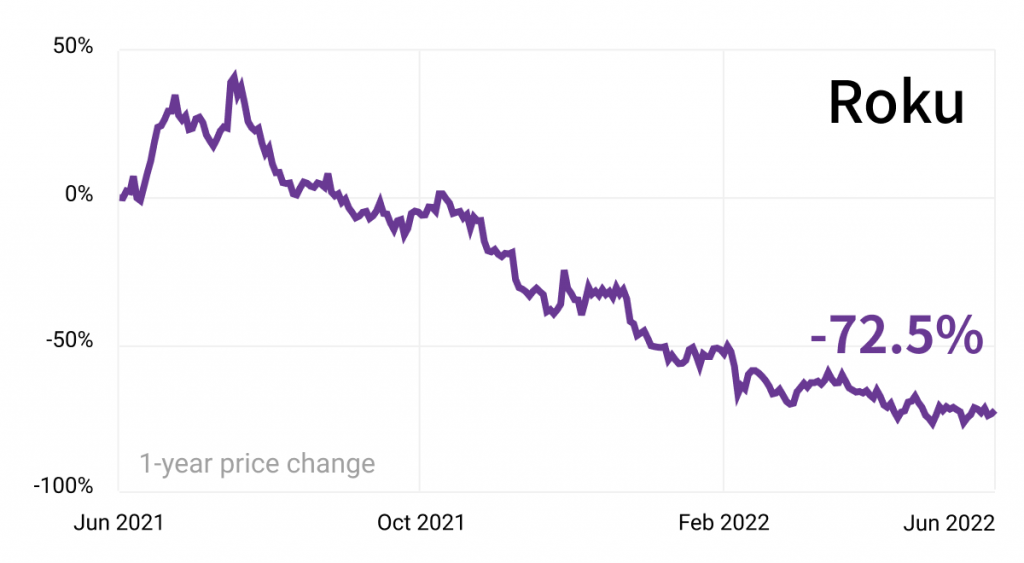 Rumors are swirling among employees at streaming service provider Roku (NASDAQ:ROKU) about a potential acquisition by Netflix (Insider). The speculation was enough to send Roku’s stock up 9% yesterday.

What’s the big deal? Netflix is moving into ads — and Roku has the team and experience to do that. In the first quarter, Roku made 88% of its sales from ads, the rest coming from hardware devices.

Per Insider, Roku prevented Netflix employees from selling vested stock in recent weeks — which could indicate the release of information that could move its stock.

One senior Roku employee said the culture, business and valuation align well at the two companies — which have a deep history.

Roku is down 55% this year — making it easier to acquire. But Netflix is also down 66% and isn’t in a strong position to make such a big purchase — especially with Roku nearly a quarter of Netflix’s size.

Reasons it won’t happen: “This is one of the most absurd things I’ve ever heard in 27 years following media stocks,” — according to Media and Technology Analyst Rich Greenfield (CNBC). He thinks:

Another analyst says Roku could get in trouble with regulators — while a source says Netflix is still early with its advertising plans.