Roku: The Trojan Horse of streaming – The Average Joe

Roku: The Trojan Horse of streaming 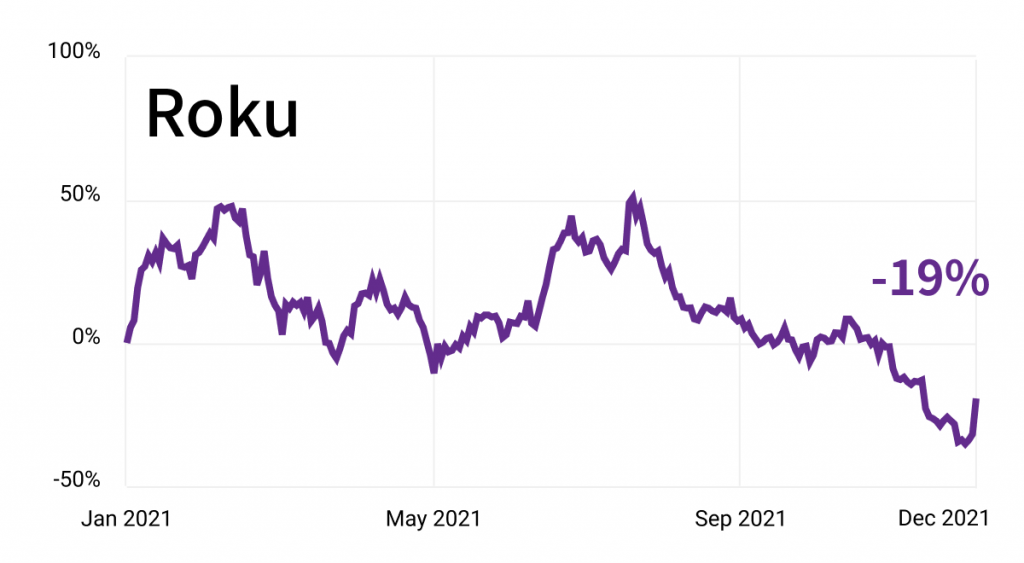 Yesterday, Roku — the streaming device provider — reached a deal to keep Youtube on its platform.

What’s the big deal? Roku and Youtube were disputing for months on what terms to include Youtube’s services inside Roku’s devices.

Since its founding in 2002, Roku has grown into a dominant force with 38% of the US smart TV operating system market — surpassing even Apple TV and Amazon’s Fire TV. So how did Roku — once a small competitor — become such a dominant player in streaming?

The trojan horse: While Netflix went the streaming route, Roku led with its Roku devices and TVs — which hosts other streaming services. But that was only the beginning…

With 56.4M active accounts — Roku’s reach is still a fraction of Netflix’s 214M subscribers. Roku has also struggled to expand beyond North America — with only 6.4% of the global market share.

Looking back: It’s been a difficult year for Roku’s stock — down 48% from its 2021 highs. Like many stocks benefiting from COVID — Roku’s growth slowed over the past year with supply chain issues impacting device sales.