Robinhood was the next obvious meme stock in hindsight 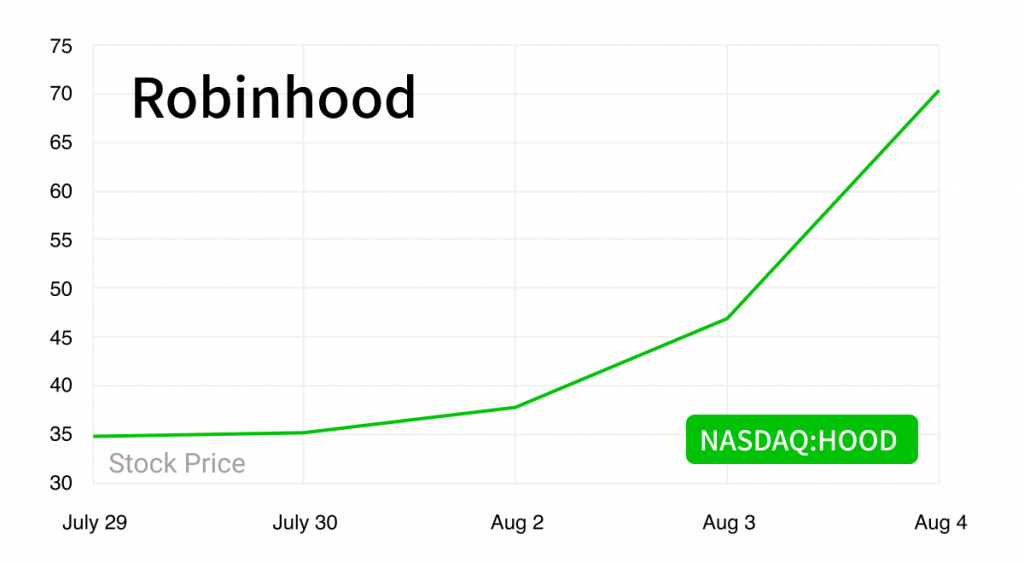 The world is run by memes, and we’re all just laughing in it. Robinhood, one of the most controversial companies of 2021, just took another surprising turn — jumping 24% on Tuesday and another 50% on Wednesday when options trading began.

What’s the big deal? What seemed like a dud IPO — falling 8% on its first day — quickly became a meme favorite days later.

Robinhood’s sluggish start might’ve been partly due to the early selling allowed in this unique case:

Robinhood’s rally came despite bad press early on — as Redditors pledged to stay away from the stock — but circumstances changed.

Fickle hearts: On Tuesday, retail traders bought $19.4m in Robinhood stock — 10x the volume from the previous day. But big institutions are also taking an interest in Robinhood:

But not everyone’s biting. David Trainer of New Constructs argues Robinhood is worth no more than $9b (80% downside from current price) — and that regulatory risks could impact its stock, among other risks.

Look out for: Robinhood’s second-quarter earnings near the end of August — which will give investors a first look from the impacts of slowing trading activity and crypto crash.