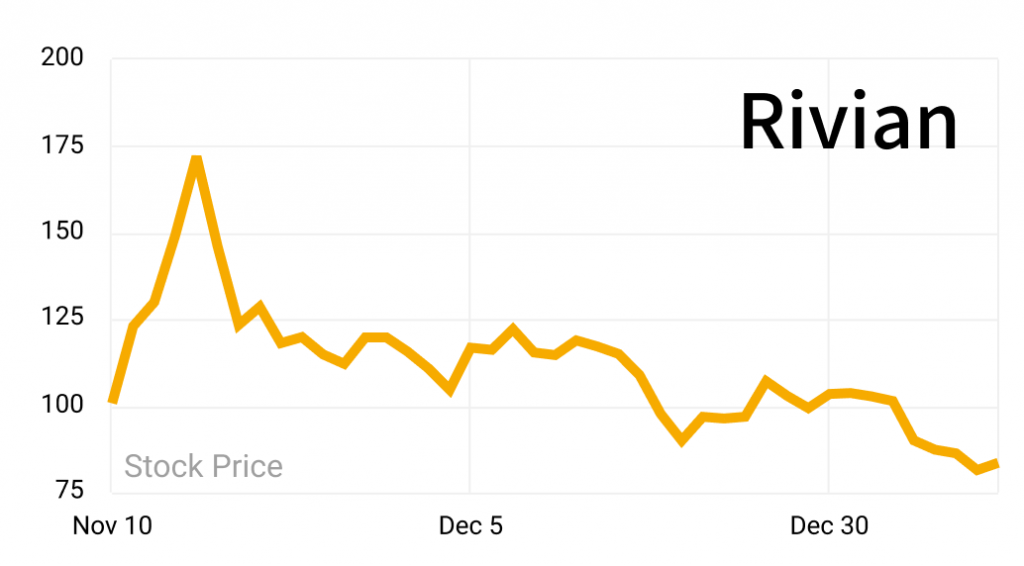 Yesterday, Rivian, the hyped electric truck maker, announced the departure of its chief operating officer — adding more pain for the largest IPO in 2021.

What’s the big deal? Shortly after going public, Rivian — with zero sales at that point — surged 70% — making it larger than Ford and General Motors.

Since November, Rivian is down over 50% — free-falling alongside other speculative stocks — except Rivian’s problems go beyond general market conditions:

The dependence on Amazon was a clear risk with Rivian going into its IPO. Another red flag was an overly expensive valuation — backed by little results — making it prime meme material.

Playing catch up: Rivian’s competing in a competitive market with several carmakers releasing their own electric truck:

Investors beware — more selling pressure could come for Rivian in the following months as:

Stocks trending down can often fall further than investors expect — and in many cases, buying them before they’ve found support can be a costly mistake.