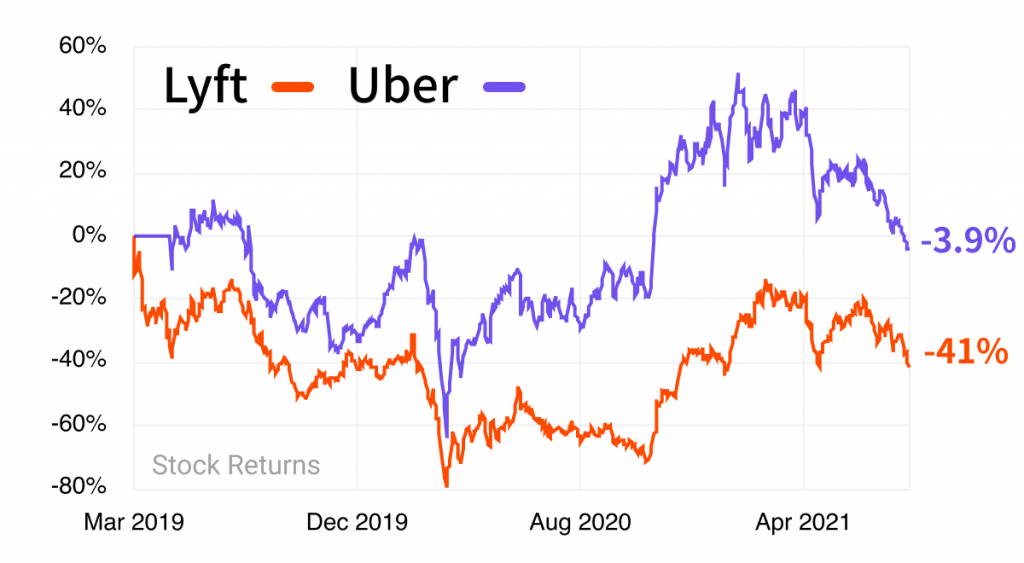 What’s the big deal? In 2020, gig apps like Uber and Lyft spent a record amount of cash to successfully fight a bill threatening their businesses.

But on Friday, a California judge ruled that Prop 22 is unconstitutional — making it unenforceable. A group representing these companies is expected to appeal the decision.

Driving backward: Ride-sharing apps intended to disrupt transportation with lower prices, efficiency and better customer experience. Instead, a shortage of drivers during the pandemic led to long wait times and ride prices skyrocketing — back near taxi prices.

Over the years, investors subsidized ride prices but they are running out of patience as these companies lose billions each year. The subsidies we’ve gotten used to could be coming to an end.

Driving nowhere: Unlike ride prices, stock prices aren’t rising. Since going public in 2019 — Lyft is down 40% and Uber is down 3%.

Skeptics have long criticized Uber’s financial reporting — which uses “fake” profitability measures making harder for investors to understand their financials. Despite the financial wizardry, one thing is clear: profitability is not in sight.