Remember this investing phrase: The stock market is not the economy – The Average Joe

Remember this investing phrase: The stock market is not the economy 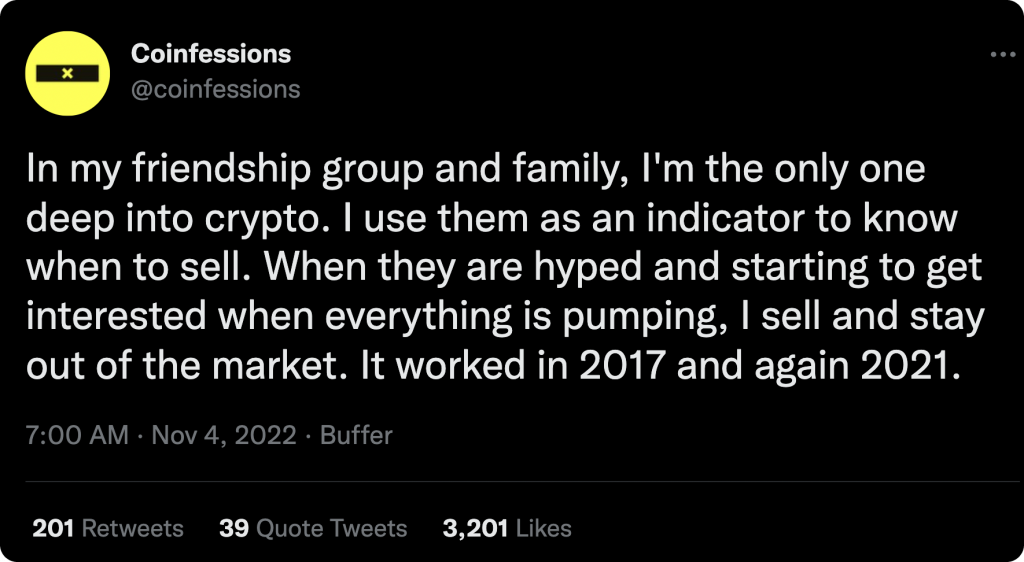 Was the stock market or Bitcoin part of your dinner table conversation in 2021? Did a friend ask you about Peloton or Zoom?

At that point, the economy was humming along, but prices had already began decreasing. Should we call this the FOMO indicator?

This year, we’ll bet Thanksgiving dinner topics are going to be much different. Unless it’s your fam asking you, “why can’t they withdraw their magic internet money from FTX?”

…Which brings us to today’s point.

The stock market is not the economy

You’ve likely heard this one before. We’re not saying the two aren’t related. One certainly impacts the other but they can also move in different directions.

Near the end of last year — the stock market began falling way before the actual economy did. Why? It’s all about expectations.

But at one point, markets will have priced in the majority of the bad news, investors will expect the economy to bottom, and markets will likely begin to turn around.

Odds are that the market will bottom before the actual economy bottoms — just like it’s done in the past.

We aren’t saying we’re there yet. It’s nearly impossible to predict exactly when that point will be. But we want you to be prepared. Don’t let the noise drown out a potential opportunity to pick some quality companies at steep discounts.