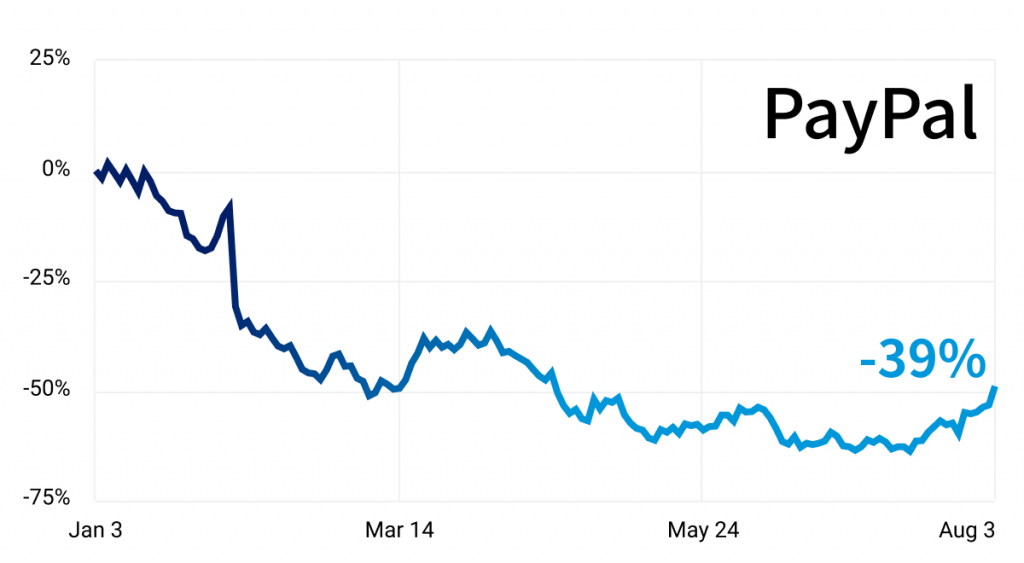 PayPal (NASDAQ:PYPL) jumped 9% yesterday after giving investors lots to look forward to on its earnings report. PayPal’s earnings and sales came in ahead of expectations, but the big news came from these initiatives:

Those cost savings were higher than analysts expected and could give $PYPL a boost if executed. Mizuho analyst Dan Dolev sees these moves as “positives” — and that PayPal’s costs were too high (MW).

Addition by subtraction: CEO Dan Schulman said PayPal was trying to do 100 things — but is now focused on “doing three or four things extremely well.” This includes:

At 429M active accounts (5% of the world’s population) — nearly the same as the previous quarter — PayPal has shifted focus to monetizing its existing user base instead of growing it.

Catch up: How do activist investors impact companies and their stock returns?