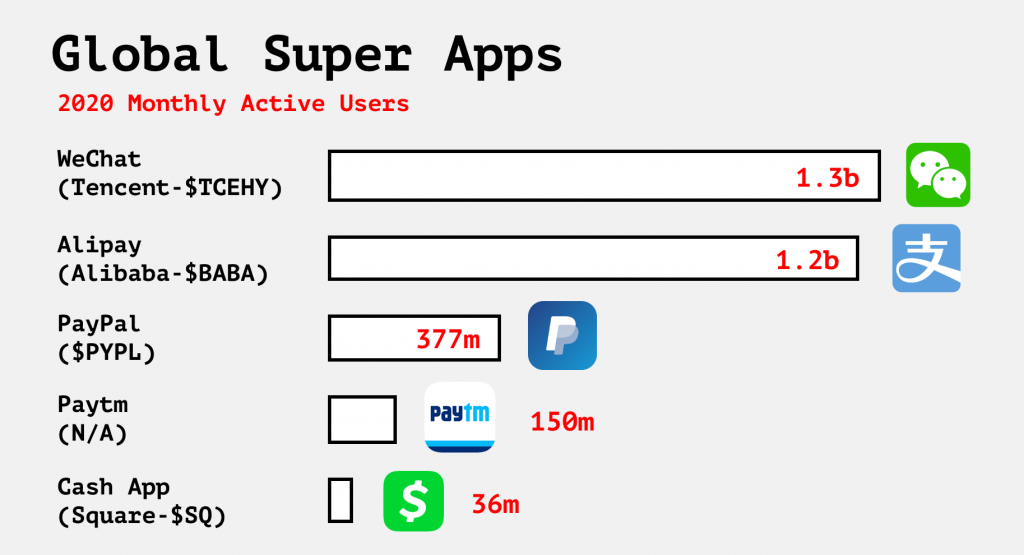 It could already transfer money faster than a speeding bullet — but now, PayPal is doing everything it can to truly become super.

On Mar. 30, Paypal announced that users can now pay with Bitcoin — a move that pushes it closer into crypto and becoming an all-in-one financial super app.

Times are changing, and Paypal’s moving with it

PayPal made its name as a secure and reliable online payments platform. Now, it’s become one of the largest companies in the U.S. to enter the crypto market, joining:

Paypal’s crypto move is another step in building a super app — which would combine payments, shopping, investing and just about every service you can think of — under one roof. But super apps have struggled to catch on in the US/Europe. Instead, we have 100s of apps with different utilities.

The quest to become super

For super app inspirations, look to China, home of Wechat and Alipay, the super apps each with over a billion users. Super apps have become popular in underdeveloped countries and Kapronasia, a fintech consulting firm, explains why:

Data is the vibranium powering these super apps and less privacy is the necessary evil. These apps use data to make the in-app user experience more personalized — and to sell you more products.

In the US, where data breaches have been an issue, super apps will need to overcome concerns of a single app holding your financial data.

For investors… Every hero needs a nemesis

Both companies are launching features that directly challenge each other. But despite its growth, Square is still far behind in the race. Square’s Cash App is only available in the US while Paypal has a global reach with 10x more users.

The rewards to building a financial services super app could be massive but it’s a race that could take years to play out. 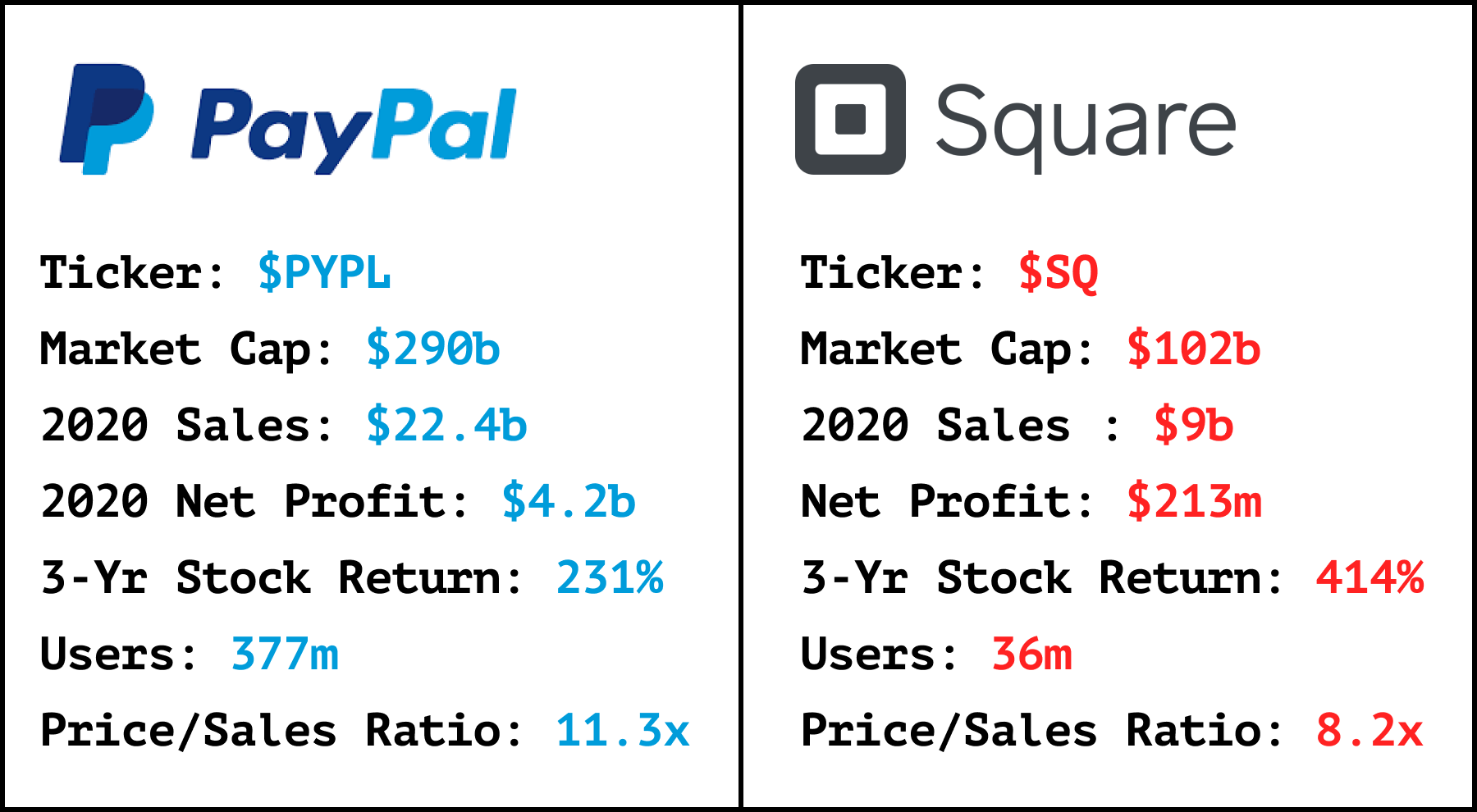