After oil’s tremendous run, experts see 3 scenarios for its future – The Average Joe

After oil’s tremendous run, experts see 3 scenarios for its future 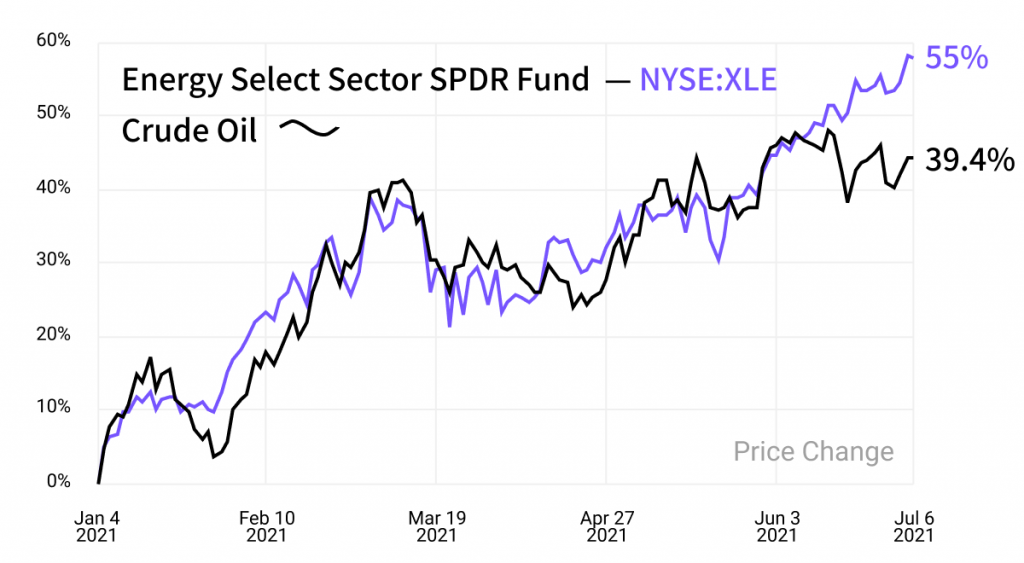 Over the past few days, major oil producers including Saudi Arabia, Russia and United Arab Emirates failed to agree on terms to increase oil output.

What’s the big deal? Oil prices rose non-stop this year with analysts forecasting prices to hit $100/barrel from the current $75. The world is opening back up and demand is increasing by the day.

On the supply side, oil producers kept production low during the pandemic. With global oil inventories dropping each week, oil producers have one thing on mind — ramping up production. The question is, by how much?

Pick 1 of 3: According to Hans van Cleef, an energy economist at ABN Amro Bank, there are 3 scenarios for oil (via WSJ):

Looking forward: Oil is one of the top-performing sectors of 2021 and several analysts see the bull run continuing through the year. Like many things, politics is the wildcard to prices.