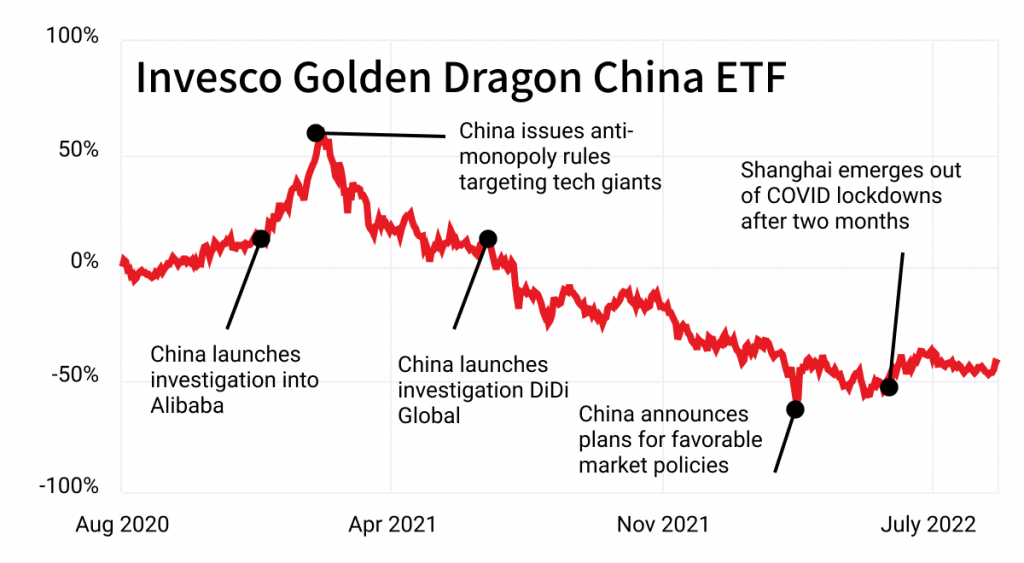 Over 200+ Chinese companies that trade on U.S. stock exchanges are at risk of being delisted — notably some of China’s most well-known companies like Alibaba, Baidu and Pinduoduo.

Delisting fears have been a pain point for many global investors — on top of the many risks in the Chinese economy. But last Friday, the U.S. and China came to an agreement that could prevent that scenario.

The agreement between the U.S. and China allows U.S. inspectors to travel to China for audit inspections.

According to Goldman, it’s a “regulatory breakthrough” but warned that there’s still lots of uncertainty — giving two predictions (Bloomberg):

Goldman pegged the chance of Chinese companies being delisted at 50% — down from 95% in March. Still, the agreement is only a “first step,” and it’s uncertain what level of access U.S. auditors will have.