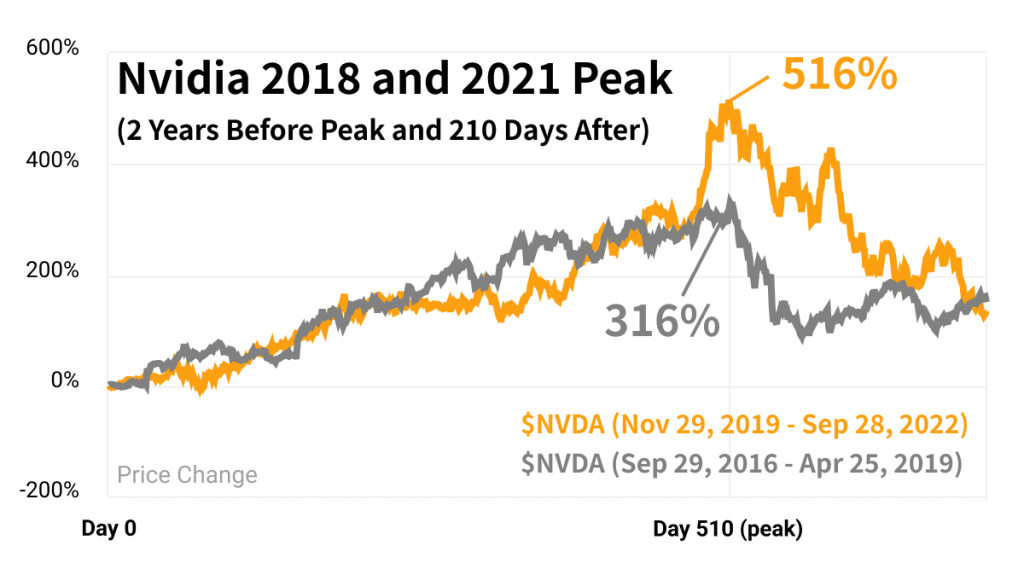 Nvidia is the most valuable U.S. semiconductor company. Their chips power nearly all digital devices like PCs, cars and phones.

They’ve been here before. The chart above (grey line) shows Nvidia’s stock price change between 2017 and 2019. Then the crypto market burst, and along with it, Nvidia’s chip demand.

In August, Nvidia reported weak sales, gave a disappointing forecast, and struggled with too much graphic card inventory on the new and used markets. Ethereum’s transition to proof-of-stake also made high computing graphic cards useless for $ETH miners.

Will Nvidia bounce back? Analysts have high hopes. But like other high-growth tech stocks — the market is dictating their move. If you liked Nvidia when it was trading at over $300 with a 70x price-to-earnings (P/E) multiple, you’ll love it trading at $127 with a 36x P/E ratio.