Netflix tanks on first net subscriber loss in a decade 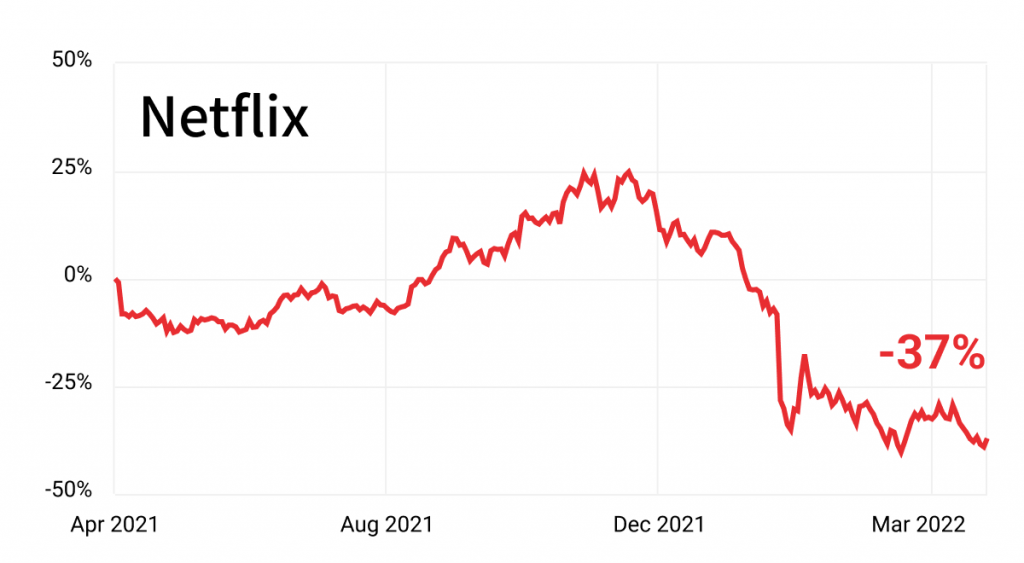 Yesterday, Netflix (NASDAQ:NFLX) reported first-quarter earnings, which confirmed a slowdown in streaming services — sending its stock down 25% in after-hours trading.

What’s the big deal? Inflation is taking its toll on consumers — and non-discretionary goods like streaming are one of the first to go:

In its first-quarter earnings, one number mattered the most:

On edge: With subscriber growth slowing, stakes are getting higher for Netflix. According to The Information in March, Netflix execs told employees to be mindful of spending and hiring — while thinking of ways to mitigate low revenue impacts. Here’s what it’s tried so far:

All roads lead to advertising: Tech analyst Ben Thompson of Stratechery argues Netflix should build an advertising business. He believes an advertising-supported subscription tier would: