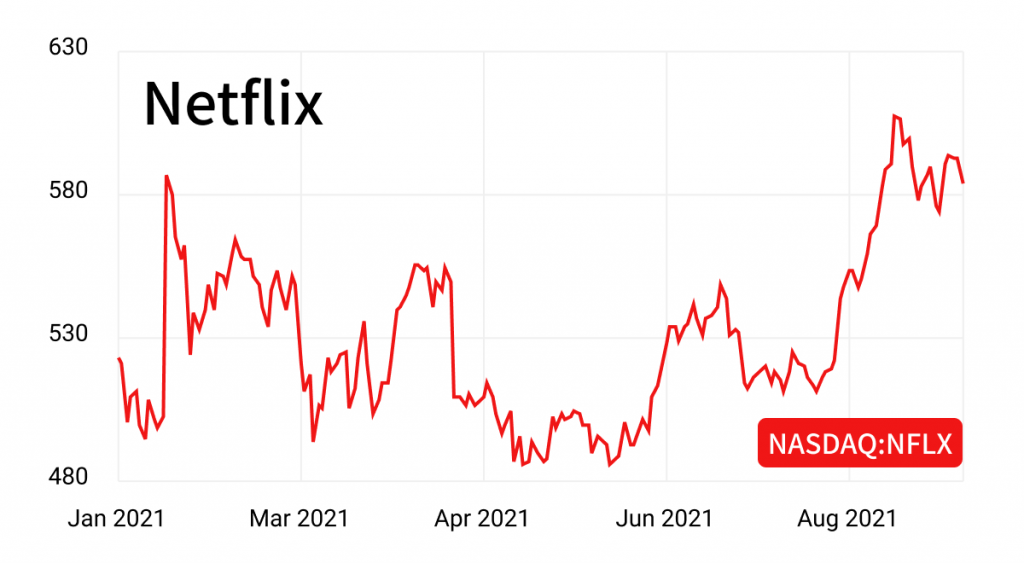 What’s the big deal? With subscriber growth slowing and competition heating up from platforms like Disney+, Netflix is looking for ways to reinvigorate user growth.

Netflix is taking a similar gaming strategy as it did with video — creating and licensing mobile games to build up its content library.

While Netflix slowly makes its way into gaming, analysts are cautious about its efforts. Instead, they’re more excited about what Netflix does best, video.

Ending cable: On the video front, Netflix continues to dominate — grabbing the most Emmys for a single platform. International growth is becoming increasingly important — which made up nearly all its growth in the second quarter. And it’s succeeding with hit shows like:

Analysts see 60 pieces of original programming launching in the final months of 2021 and Netflix is even considering buying Formula 1 — giving its potential entry into live sports.

Will this translate to growth? Analysts expect 12m new subscribers in the second half of 2021 — double the first half of 2021 but analyst views on its stock price are split. The average price target stands at $627 — just 4% above its current price.

On their next earnings report expected in 3 weeks, investors will mainly be focused on one number: subscriber growth.