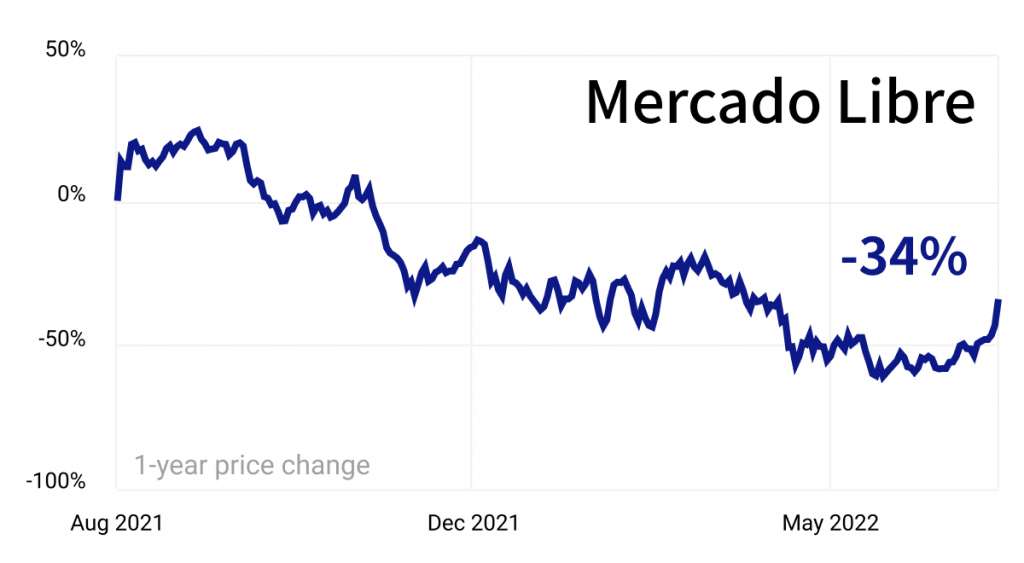 MercadoLibre (NASDAQ:MELI) — the “Amazon” of Latin America — reported a massive quarter that sent its stock up 16% yesterday.

What’s the big deal? In North America, payments and e-commerce are two industries that have slowed significantly since an initial COVID burst. But things are slightly different in South America — where growth hasn’t tapered off as much.

Many Latin Americans lack access to basic banking services, and e-commerce is a smaller portion of total retail.

But here’s where it gets interesting.

Mercado’s fintech arm grew a massive 113% in the recent quarter. Fintech now makes up 46% of its business compared to 33% a year ago.

How cheap is Mercado? By the valuation metric price-to-sales ratio, Mercado Libre hasn’t been this cheap since 2008. Mercado is still (relatively) small compared to other big tech giants. With a $52B market cap — Mercado is a fraction (~3.6%) of Amazon’s size — giving it plenty of room to grow.