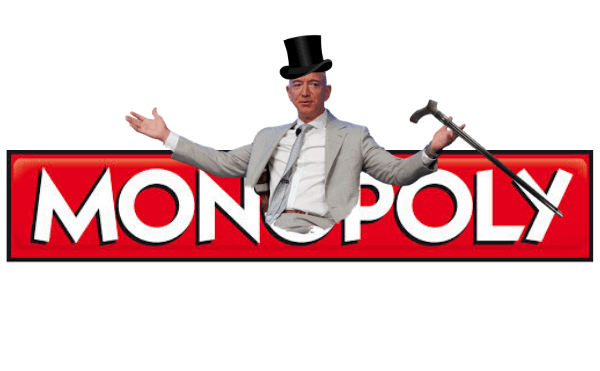 The tech giants, Amazon, Apple, Facebook, and Google are facing a series of attacks by regulators that threaten to take away their get out of jail free card.

Investigations against four of the largest tech companies, Amazon, Apple, Facebook, and Google are heating up. Both the US Department of Justice and European Union antitrust authorities have launched investigations on whether these tech giants violated antitrust laws.

Antitrust laws are a collection of federal and state laws that promote competition for the benefit of the consumer. These laws prevent a sole company from dictating the rules of the industry, holding monopoly power, and reducing competition.

What makes these tech giants the target of regulators?

In a similar antitrust case in the 90s, the US Department of Justice sued Microsoft for the monopolization of its internet browser and operating system. The case resulted in a settlement that forced Microsoft to relax some of its competitive business practices which paved the way for new innovation. Without these antitrust cases, Bing could easily be our default search engine and we would all be adding each other on Myspace.

An expert consensus believes the result from these antitrust laws will have minimal effects on tech giants. According to portfolio manager, Hans Albrecht, fining these companies will not make much of a dent amongst the billions they generate. Other analysts gave their thoughts on why investors should not worry about potential lawsuits:

That being said, these antitrust lawsuits could impact how these companies expand. Specifically in the case of Facebook, a company that grows through buying out its competitors, future acquisitions that must go through a regulatory approval process could possibly be delayed or rejected.