Moderna gets added to the S&P 500 — where does its stock go from here? – The Average Joe

Moderna gets added to the S&P 500 — where does its stock go from here? 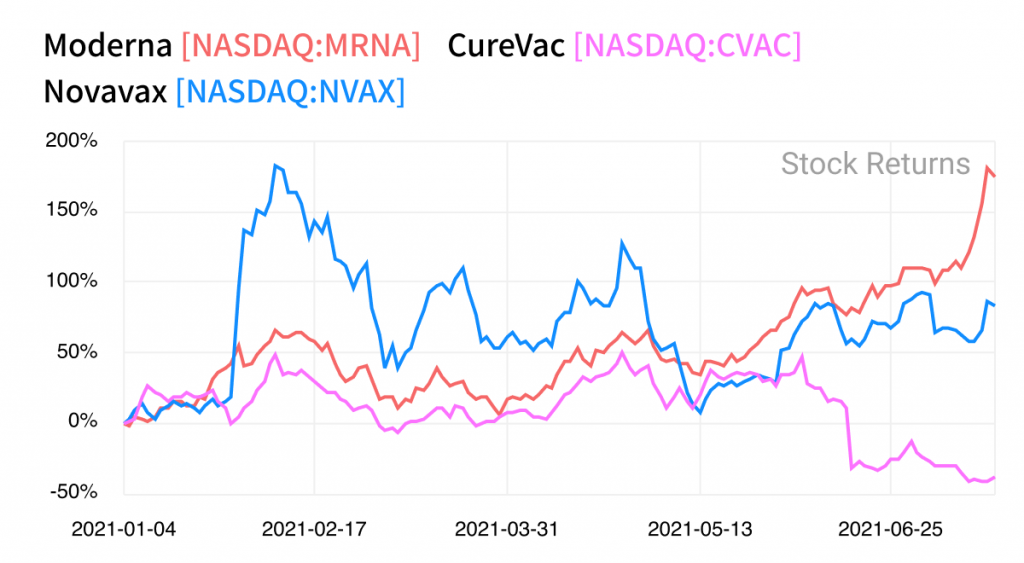 Vaccine maker Moderna officially joined the famous S&P 500 — the big leagues for big companies. But what comes next?

What’s the big deal? Last year, investors were unsure which vaccine would take the lead or how profitable they would be. After the US gave its emergency vaccine authorizations, Pfizer and Moderna became clear winners.

But don’t discount vaccine makers who could fill a global demand beyond the US.

What happens after a company joins the S&P 500? Don’t expect much. Companies that join the S&P 500 often move up between the announcement and the actual day they join, but tend to fall in the year afterward:

Looking forward: Moderna has 10 vaccines for different treatments in the pipeline — but none are commercialized yet.

The company is running on a clock to prove it can produce more than just COVID vaccines — and live up to its $125b valuation.