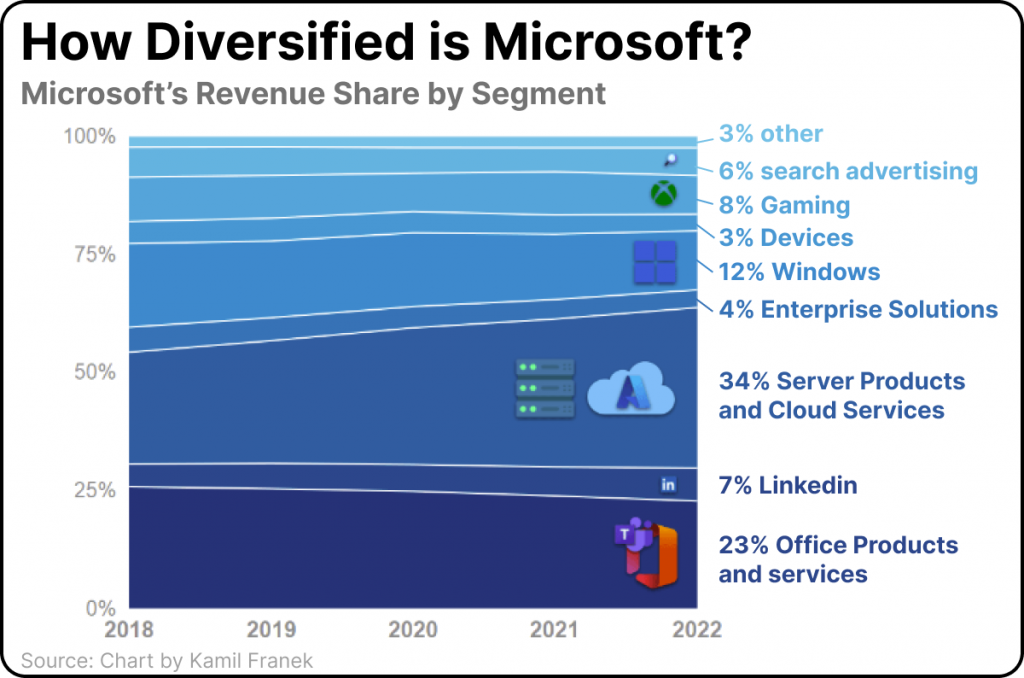 Speaking of Bing… Microsoft (NASDAQ:MSFT) — which makes the majority of its revenue from business tools — is stepping up efforts to compete with Apple and Alphabet in the consumer game.

In recent years, Microsoft has:

The app for all your needs

According to The Information, Microsoft is considering its own super app for shopping, messaging, news and other features.

Super apps are popular in Asia, where Tencent’s WeChat dominates. Facebook, Block and PayPal have tried replicating the format — with little signs of success. Even Elon Musk expressed interest in turning Twitter into a super app.

The Average Joe: “The already-diversified tech giant spreads its reach even further. What’s an investor not to like?”