Microsoft buys the dip by acquiring Activision – The Average Joe 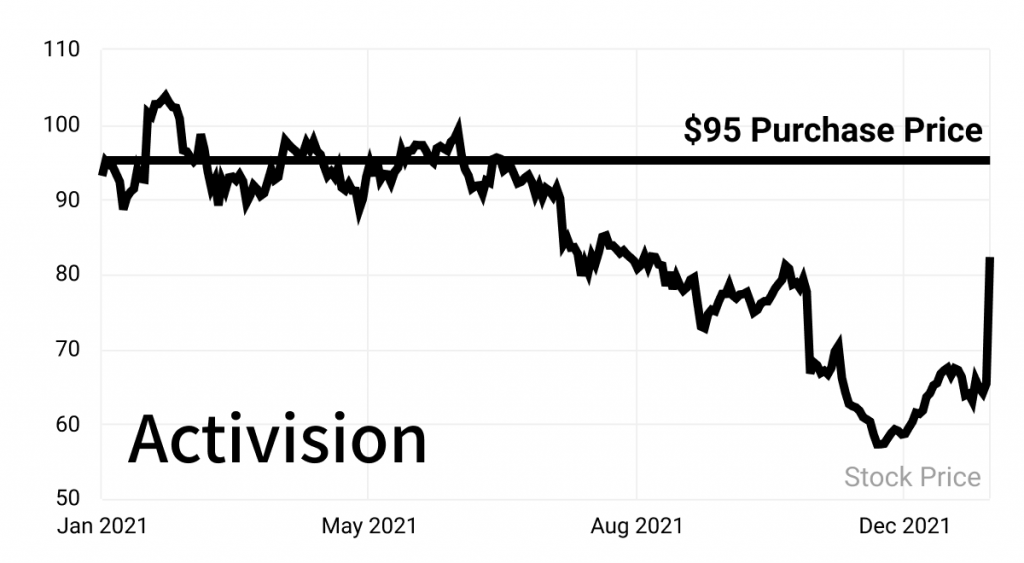 Yesterday, Microsoft acquired Activision for $68.7B — sending its stock up 26%.

What’s the big deal? This is the largest gaming acquisition ever — 5x more than the next largest by Take-Two acquiring Zynga last week for $12.7B.

This may be one of the best outcomes for Activision investors amid sexual harassement lawsuits and employee culture issues plaguing the company — which sent ATVI down 40% in the past year.

Dips are the best time to buy — and Microsoft took the opportunity to scoop up Activision at a bargain.

Gaming full send: The acquisition is a win-win for both Microsoft and Activision:

Not-done deal: The deal isn’t final and an acquisition of this size could draw attention from the Department of Justice (via TC).

Gaming companies are looking cheap — are they ripe to be acquired? 👀