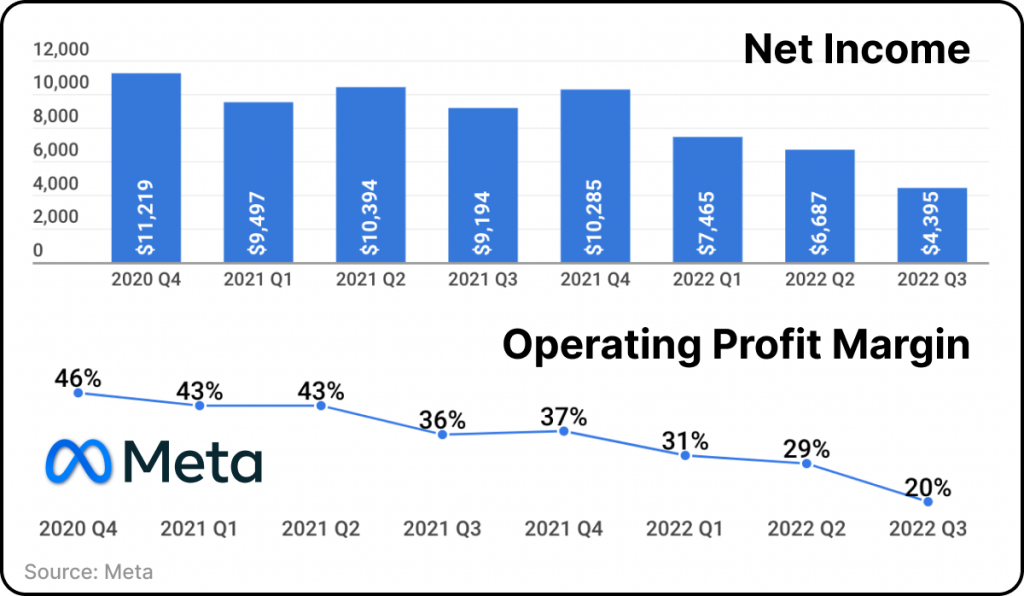 A “Day in the Life as a Product Manager @ Meta” TikTok video lit up Twitter this week (vid highlights: Free perks, eating and chilling — and not a lot of work).

Can’t highlight the actual work in social media videos, right? Yes, but the video was released at what may be the worst possible time, considering Meta’s poor stock performance and earnings report.

A popular saying in tech: “Rest and vest” — getting paid big money while doing nothing, waiting for stock options to vest. Might’ve worked in past years during the bull market — when investors were able to turn a blind eye.

With stock prices under pressure, shareholders want action and here’s how they’re doing it…

Meta’s earnings report yesterday will surely add even more pressure. The results were a trainwreck and sent its stock down nearly 20% after hours:

Here’s the icing: Meta spent $42B buying back its stock over the past 12 months with an average price of $300. After the after-hours drop, Meta is down 65% from that price. Yup, they lit $27B on fire.