Meme stocks fall as fundamentals come back into play 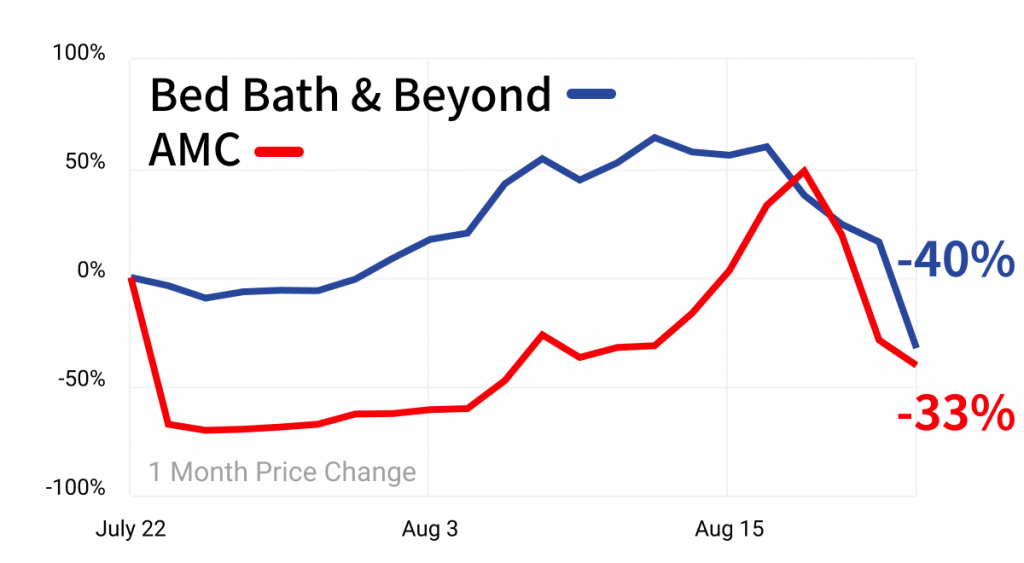 Investor loyalty is fickle with meme stocks — which are collapsing after rallying hard in recent weeks.

Bed Bath & Beyond (NASDAQ:BBBY) has lost the majority of its 400% gain in recent weeks — after once pedestaled Ryan Cohen sold his entire stake.

Wow. Free shares? Not exactly. Yesterday, AMC’s CEO tweeted a reminder that “the value now of your AMC holdings consists of the prices of your AMC shares and your new APE units COMBINED.” News of a potential bankruptcy by the second largest theater chain Cineworld also brought down $AMC.

It’s a tough time in the theater biz. Despite sales recovering since the chain reopened in April 2021 — theater traffic has struggled to return to its pre-COVID levels, with Cineworld’s large debt balances becoming too much to handle.

Hype sent meme stocks up, and now fundamentals are bringing them down to earth.