Match Group, Ceridian and Brown & Brown gets added to the S&P 500 — what happens after? – The Average Joe

Match Group, Ceridian and Brown & Brown gets added to the S&P 500 — what happens after? 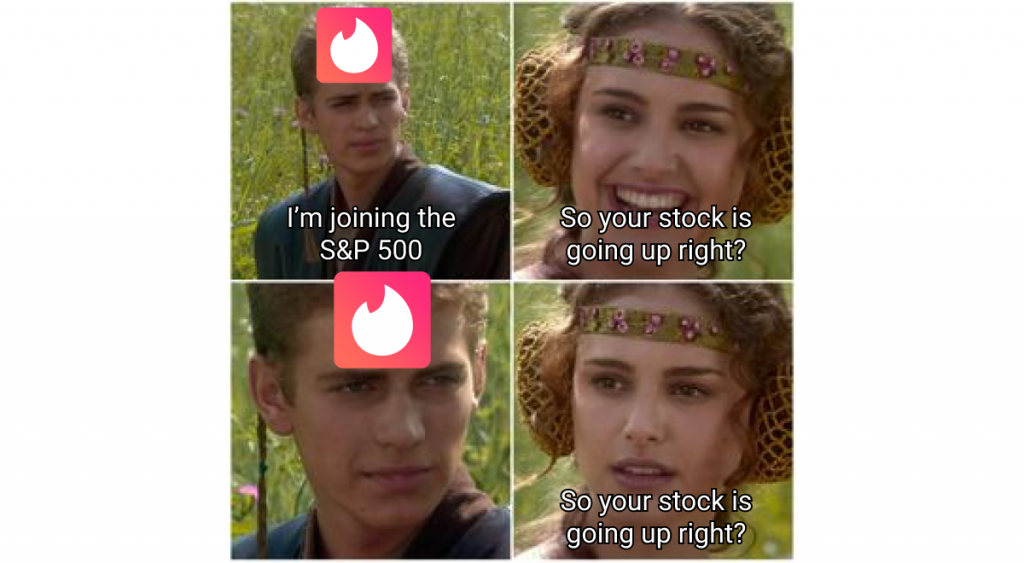 Three companies, Match Group (NASDAQ:MTCH), Ceridian (NYSE:CDAY), and Brown & Brown (NYSE:BRO) are joining the S&P 500, an index containing 500 of the largest US companies.

What’s the big deal? Several funds and ETFs across the world replicate the S&P 500. These funds are required to buy the stocks of companies that join the S&P 500.

To make it onto the list, companies must meet a couple criteria:

The company’s stock must also be highly liquid — which makes it easier for investors to buy and sell stock.

For these reasons, companies on the S&P 500 are often higher quality. For many investors, holding an ETF that replicates the S&P 500 is a safer long-term bet — i.e. iShares Core S&P 500 ETF (NYSE:IVV).

So being included in the S&P 500 is a good thing for their stocks right? Right?

Don’t get your hopes up: According to a study of over 500 companies that joined the S&P 500, on average:

Which means: S&P 500 inclusion is a poor reason to buy a stock. In most cases, upon the initial announcement, the stocks have already made their moves.