Markets reach capitulation levels, but it might be too early to celebrate – The Average Joe

Markets reach capitulation levels, but it might be too early to celebrate 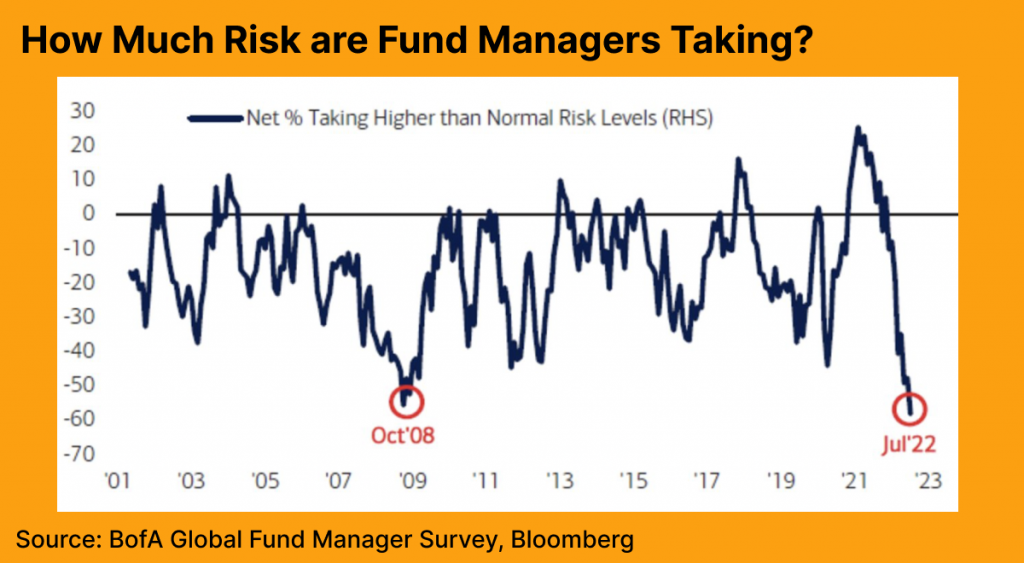 Capitulation is seen as widespread selling, and it’s also one of the signs of a market bottom.

Per Bank of America’s survey of 259 fund managers who collectively invest  $722B, we may have hit that point (FT).

Investors are parked in defensive industries like consumer staples, utilities and healthcare — sectors seen to be more resilient during a recession.

Per Barron’s, whenever cash levels rise above 5%, the market posts positive returns on average in the following 12 months.

The S&P 500 has rebounded slightly in the past month, but it might be too early to celebrate. Market risks are still prevalent, and strategists think we have lower to go…

Hartnett believes the S&P 500 hasn’t reached levels “that would cause policymakers to panic and change course.” Try falling another 10-20%.