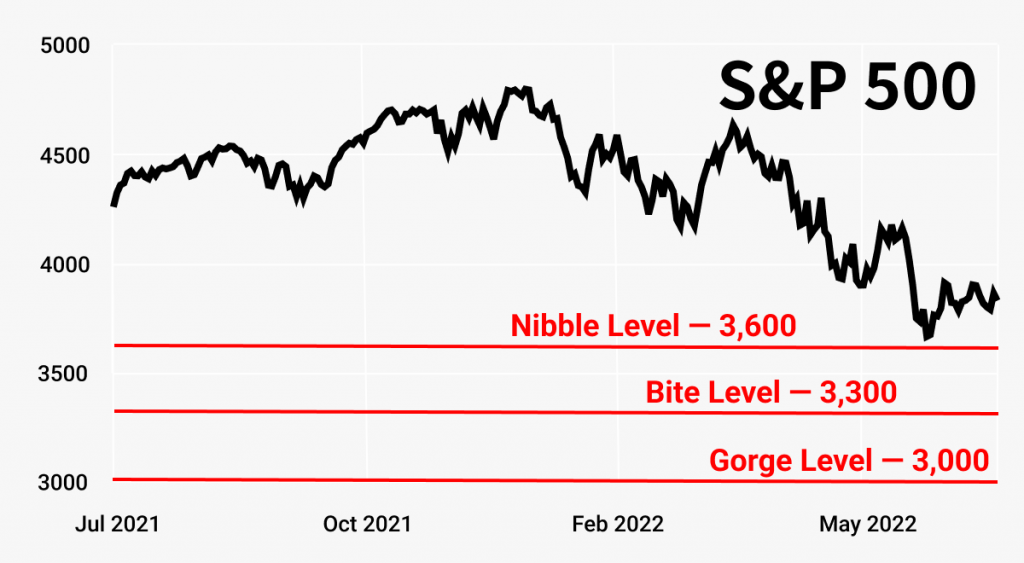 Markets have been relatively calm for the past month — with the S&P 500 rebounding nearly 6% from its June lows.

Let’s check in and see where we’re at in the market and how close we are to a market bottom.

Markets dipped last week after the headline 9.1% 40-year high inflation report — but recovered its losses and more over two pieces of information:

Are we at a bottom?

Bank strategists don’t think so. Goldman warned that inflation is “deeply entrenched,” and it’s uncertain whether the situation will improve this year.

But inflation news isn’t hitting as hard as it did at the start of 2022. Instead, company earnings have become one of the main concerns.

Analysts are skeptical about the resilience of company profits in an environment of falling demand and stubbornly high costs (i.e., labor, inventory and transportation costs).

Stock prices have likely priced in a mild recession, but they likely haven’t priced in a deeper recession. Investors will look for clues on how companies will hold up in such a scenario this earnings season.

With the S&P 500 finishing yesterday at 3,830 — markets are still well above the nibble level.