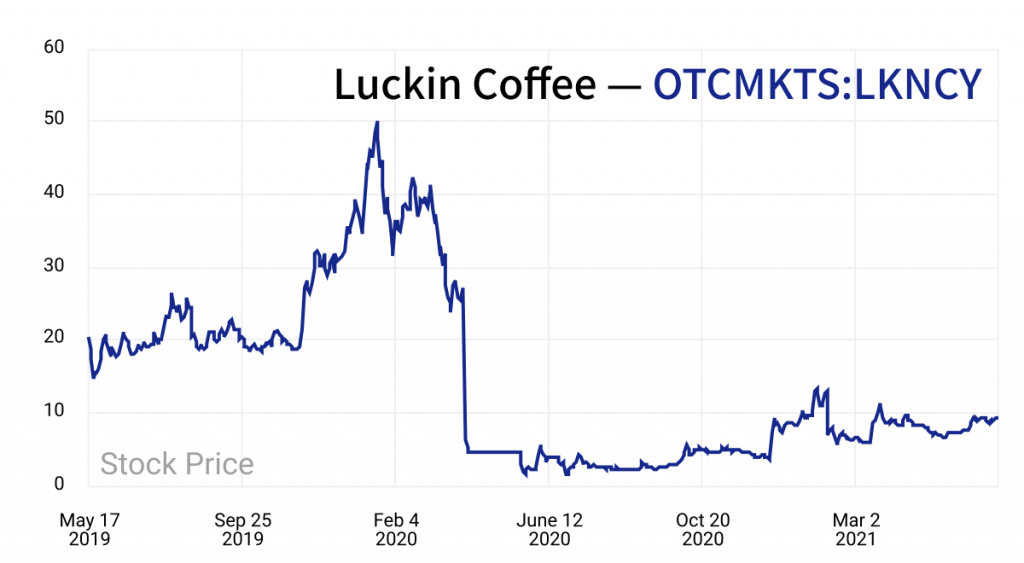 Luckin Coffee, the second-largest coffee chain in China, is nearing the end of one of the biggest financial misconduct investigations of 2020.

What’s the big deal? In Apr 2020, Luckin admitted its Chief Operating Officer faked a large portion of its sales — sending its stock down 75%.

Within 3 years of founding, the Chinese Starbucks challenger expanded rapidly using free drink coupons, went public in the US and then was exposed for running an accounting scandal.

Luckin now trades on the US over-the-counter exchange, where riskier stocks reside.

The new Luckin: Throughout the bankruptcy process, Luckins’ stores remained open. Despite its issues along with COVID impacts, these stores thrived and sales grew in 2020 — but at a much slower pace.

Looking forward: Despite making progress in 2021, Luckin investors are still operating in the dark. In the 9 months ending Sept 2019, Luckin lost $324m — a figure that is likely to be much worse with its corrected sales.