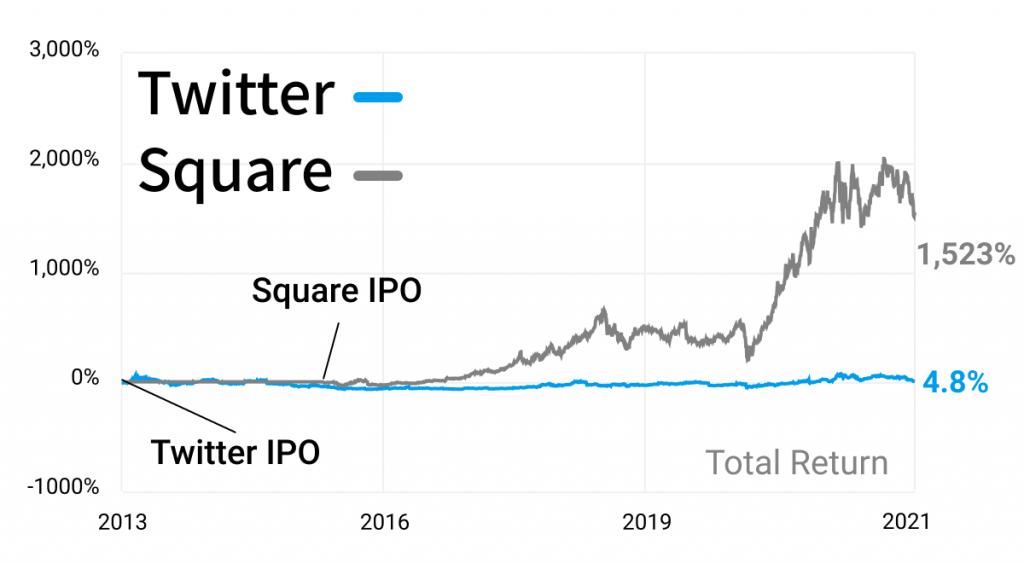 Twitter’s CEO Jack Dorsey is stepping down, to be replaced by current CTO Parag Argrawal.

Dorsey was long criticized for his dual role as CEO — spending too much time on Square and other projects.

Early last year, activist investor — Elliott Management — took a stake in Twitter and launched a battle to oust Dorsey. But all was good for the next 18 months:

In 2021, Twitter acquired Breaker (social podcasting app) and Revue (newsletter platform), and launched Blue, a subscription service for $2.99 per month.

Looking forward: Twitter set big targets for itself to increase daily average users by over 50% and double sales by 2023. With growth slowing post-COVID and Dorsey departing — reaching those goals are even more uncertain.

The problem goes beyond Twitter — as other social media apps are also seeing slower user growth and reeling from brands pulling advertising back due to a lack of inventory.