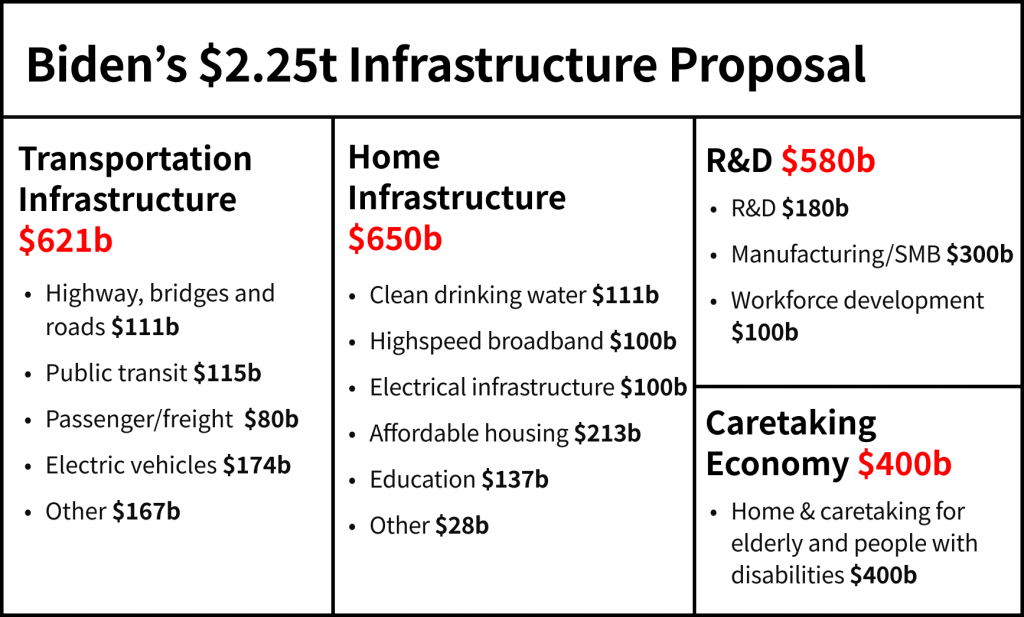 But the road to passing it won’t be easy…

But what you see isn’t what you’ll get. The bill will go through several negotiations and the final version could look a lot different — and that’s if it manages to pass through the White House.

Standing in the way is a debate on how the bill will be funded — mainly via tax increases on businesses. Republicans are against the idea of a tax hike that could lead to job cuts.

How are the pros investing?

Here are the areas Ursula Tonkin of Whitehelm Capital Pty, a developed-market infrastructure fund, is focusing on (via Bloomberg):

According to analysts at Bank of America, manufacturers of semiconductors — the chips that power devices and cars — could benefit.

Learn more: Climate tech outperformed the NASDAQ in 2020 —here are the stocks leading the way.

For investors… The catchall way to invest

Details of the bill are likely to change, spending will be allocated over several years and the impact may not be immediately felt by companies.

Instead of taking bets on individual companies — investing in an exchange-traded fund (ETFs) that holds a group of infrastructure stocks could be the better way to get exposure: