How should investors feel about last week’s big market moves? – The Average Joe

How should investors feel about last week’s big market moves? 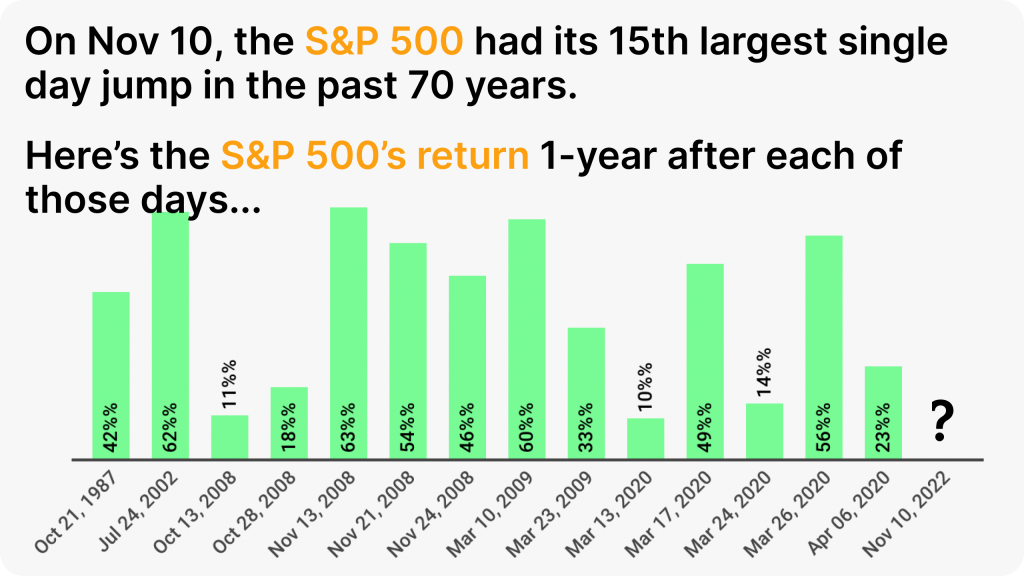 Did you catch last week’s big moves after the inflation report?

Is the pain finally over? Is the S&P 500 back to new highs? Did the recession get canceled?

Let’s set expectations straight. Big moves are part of bear markets — and don’t necessarily signal the end of a downturn.

In the past, the majority of these big moves did, in fact, take place during a bear market. Some near the end of the downturn.

We get it; you’re exhausted from the whipsawing market. So are we. We had a major bear market rally in the summer — just for the market to break new lows.

We’re likely in for a big move in December. Whether the Fed raises rates by 0.50 or 0.75 percentage points next month, markets could see major moves in either direction.

The Average Joe: “Doesn’t matter whether I bought right at the bottom or a couple of months near the bottom. What matters is that I bought.”