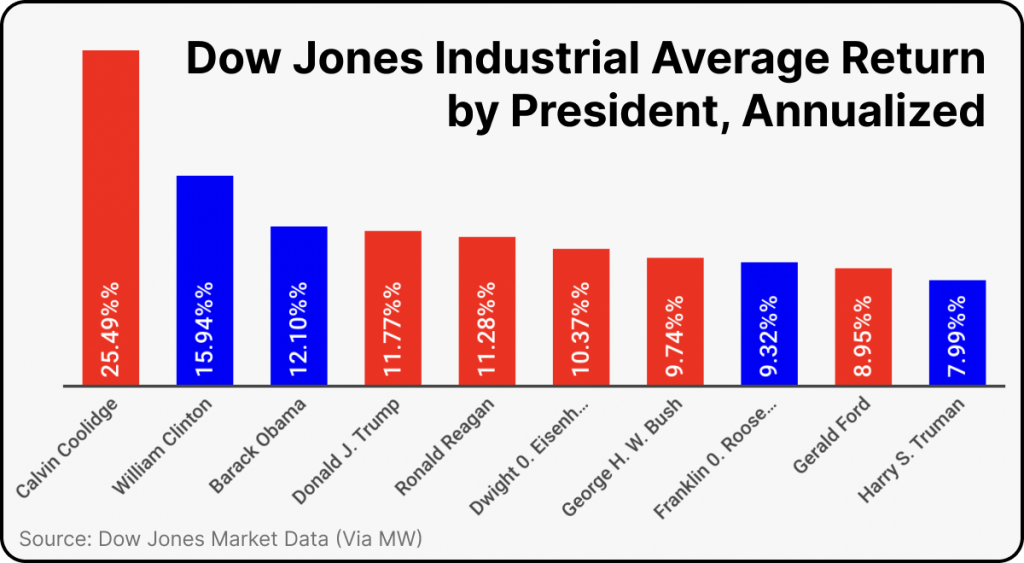 Donald Trump has announced that he’s seeking to run for President in 2024. But it’s uncertain whether the Republicans will nominate him.

It’s controversial, it’s spicy, and it might matter less than you think for the market.

But politics aren’t our forte, so let’s stick with investing.

Under Trump’s presidency, the market averaged a 11.8% annualized return — the fourth best of any president since 1929.

It doesn’t matter who’s in office; markets may rise either way. Per ING’s Regional Head of Research, Padhraic Garvey — markets will be focused on the economy, not who wins (Fortune).

By the end of 2024 or early 2025, the Fed will have likely lowered interest rates several times to “resuscitate an economy.”

But let’s not get ahead of ourselves. Let’s focus on surviving 2022 first.