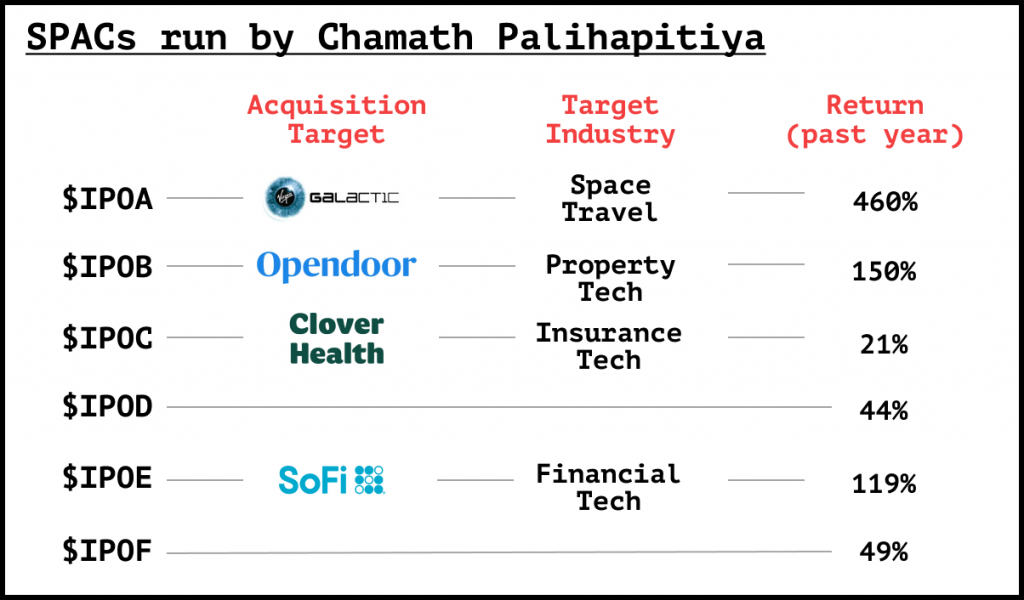 Hindenburg, the firm that famously revealed the fraud behind electric vehicle maker, Nikola ($NKLA) in 2020, is back at it again.

The company that was supposed to disrupt US healthcare

Over the past few years, Clover struggled with growing losses and missing growth targets — losing $201m in 2018 and $363m in 2019. Despite these losses, Chamath saw potential in Clover and took the company public through his SPAC, $IPOC.

Chamath is well-known for popularizing SPACs — launching 6 different SPACS ($IPOA, $IPOB… $IPOF) to take 6 different companies public. He famously took Virgin Galactic ($SPCE) and Open Door ($OPEN) public — which is up 414% and 109% since the SPAC announcements.

But unlike Chamath’s other SPACs, Clover had fallen 20% since going public and Clover is currently under scrutiny from investors…

In a follow-up report, Hindenburg even accuses Chamath of knowing of the investigation while promoting Clover to public investors — Clover fell nearly 15% after the report. See Chamath’s counter reply.

In a separate report, Kevin O’Leary, a healthcare expert (not the shark on SharkTank), uncovers several flaws with Clover…

For investors… Don’t fanboy too hard

Investors have blindly put Chamath on a pedestal due to his prior successes. But don’t forget, even the best investors can be wrong — and so can Hindenburg, Hindenburg’s track record hasn’t been perfect either.

It’s also important to remember that sponsors behind SPACs (i.e. Chamath) are profiting from taking a company public regardless of whether the stock goes up or down.