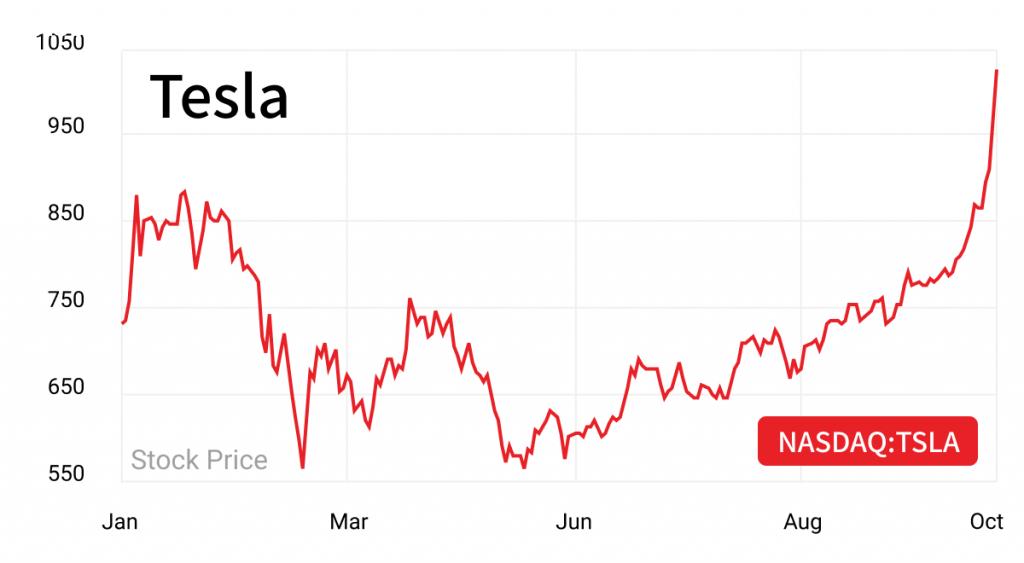 Tesla received a 100K vehicle order from car rental company Hertz (OTC:HTZZ), who emerged out of bankruptcy nearly 4 months ago — sending TSLA up 12.6% and HTZZ up 10%.

For Tesla: This would be the single biggest order in history for Tesla — representing ~$4.2B in sales.

In the third quarter, Tesla delivered a record number of cars — despite a global supply chain impacting car makers’ ability to source parts.

For Hertz: New owners are helping Hertz stay relevant — defining it as “the new Hertz” — focusing on electrification, shared mobility and a digital-first experience.

Hertz also partnered with Tom Brady for its electric-vehicle marketing campaign and will add a network of charging stations across the nation.

Looking forward: Hertz filed its paperwork to list on the NASDAQ under the symbol “HTZ” — up listing from the OTC market it got bumped down to after its bankruptcy.