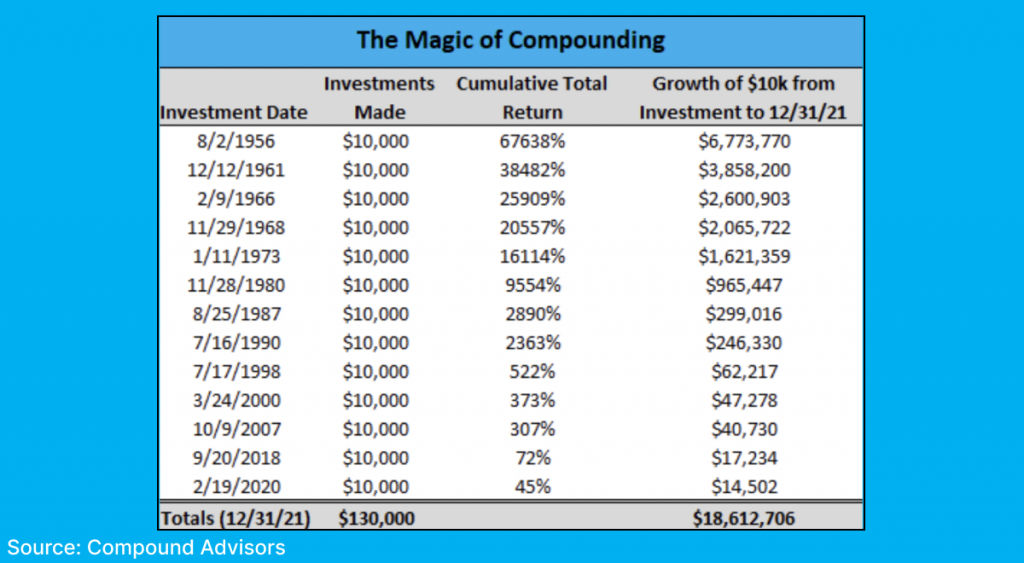 Wally is terrible at market timing. He would chase bull markets — constantly buying at the top and selling at the bottom. Guess what, he lost all his money.

The lesson: Time in the market is more important than timing the market.