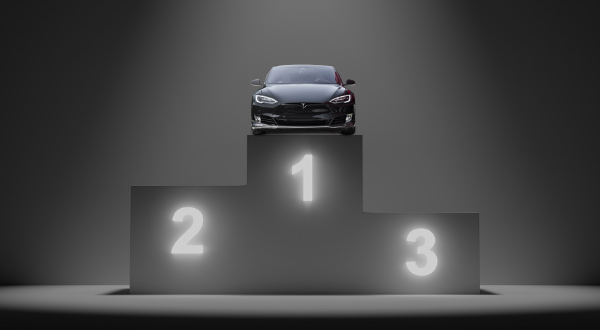 “We are committed to fighting for electric vehicle (EV) market share in North America until we are number one.” — Mary Barra, CEO of GM

GM isn’t backing down in an electric fight — especially not its CEO, who was brought in to turnaround the company in 2014.

And on Sept. 6, GM announced a partnership with EV upstart, Nikola. A week later, Hindenburg Research accused Nikola of fraud — Nikola’s stock fell over 50% and its partnership with GM is now stuck in limbo.

Despite Barra’s efforts to turn the company around, GM’s stock is only up 7% since Barra first joined the business 6 years ago. In the same period, Tesla is up 1,578% and Ford is down 45%.

Traditional car makers are looking to go electric but they’ve got a big problem — they’re still traditional car manufacturers at their core and investors are treating their stock prices as such.

The downside to being treated like an old car maker? Your stock is given a lower valuation — Tesla is valued at a price-to-revenue (P/R) ratio of 16.8x while GM trades at a P/R ratio of 0.5x.

Meaning… Investors are willing to pay $16.8 for each dollar of revenue Tesla makes but will only pay 50 cents for each dollar GM makes — investors expect higher growth from companies that trade at a higher valuation (i.e. Tesla).

For investors… Can GM become a growth company?

Barra’s got two big tasks to give GM’s stock a boost and keep her shareholders happy:

Investor sentiment (i.e. general mood amongst investors) is important in investing and if GM fails at step 2, it’s stock could continue to underperform.