GlobalFoundries’ hot start as a public company – The Average Joe 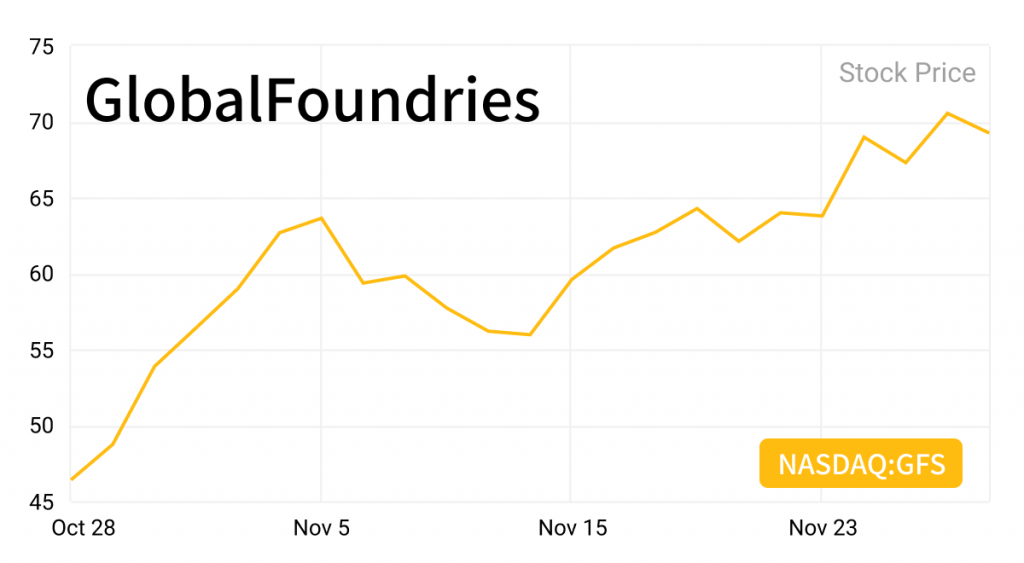 GlobalFoundries (NASDAQ:GFS) — the semiconductor chip manufacturer reported its first earnings report as a public company — and investors are liking what they see…

What’s the big deal? GlobalFoundries is the world’s third-largest semiconductor foundry. It’s also one of the few US foundries in an industry dominated by Asian competitors.

What’s a foundry? In the semiconductor industry, there are:

The US is a leader at many things, but not in semiconductor manufacturing:

GFS went public in October — and is up 43% since. Its recent earnings report gave investors something to like:

But GFS is barely breaking while the largest manufacturer in the industry — TSMC (NASDAQ:TSM) — generated massive 38% net margins. According to a research analyst at Georgetown University (via Wired), it costs 20-25% less to operate factories in Asia due to government subsidies.

The catalyst: The Chips for America Act — which passed the Senate but is stuck in the House — would funnel $52B into the US semiconductor industry.