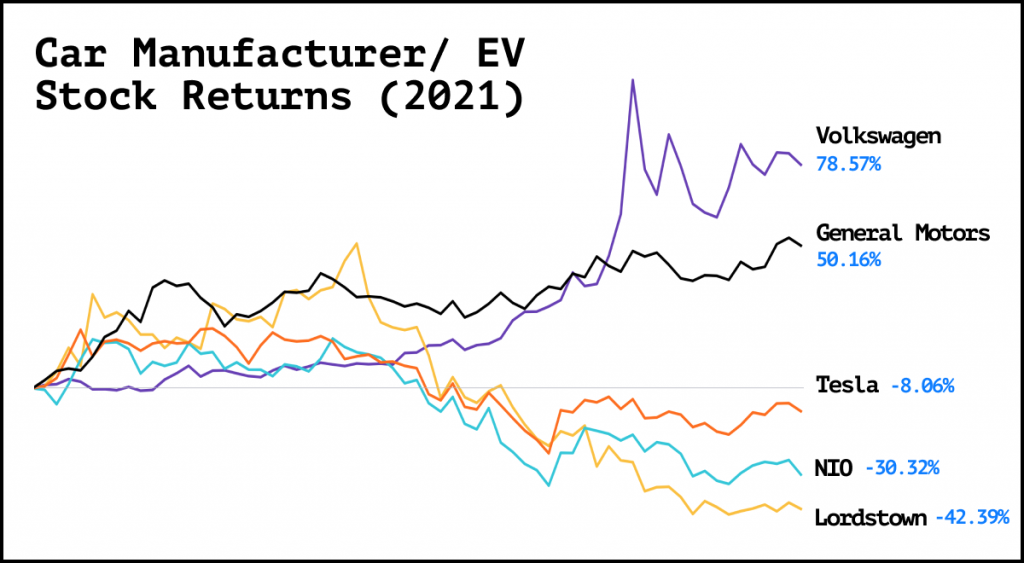 In the pickup truck triopoly — 3 companies (GM, Ford and Stellantis) control 94% of the market.

Upstarts like Rivian, Tesla’s Cybertruck ($TSLA) and Lordstown Motors ($RIDE) are trying to break the market but General Motors isn’t about to let that happen.

On Apr. 6, GM made an announcement to build its electric Silverado pickup model in its Detroit plant — another push towards going electric in what has already been a killer year for GM’s stock.

The century-old carmaker went through it all — reinventing the carriage, going through a 2009 bankruptcy and now, navigating its way through an electric future. Since the start of 2020, GM made big announcements towards a focus on going electric:

In 2014, Barra was brought in to turn around the once struggling GM (the turnaround was a success). One of her tasks was positioning GM for the future — with investments in innovative projects and startups:

For investors… Big returns by changing the narrative

Before 2009, Dominos ($DPZ) was once just another pizza chain with a mediocre tasting pizza and poorly performing stock. Between 2009-2012, Dominos reinvented their pizza recipe, focused on digital ordering and utilized digital channels to connect with customers — its stock surged over 20x in the past 10 years.

Sound familiar? GM is changing the narrative with a focus on going electric:

Learn more: Another carmaker is moving towards EV — and just like GM, its stock is on the rise