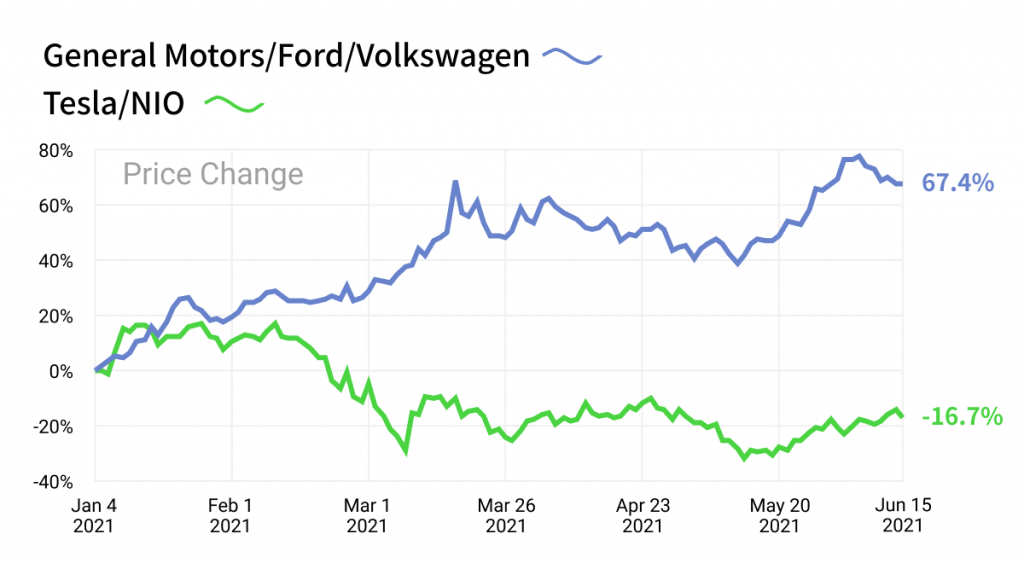 On June 16, it was reported that General Motors plans to ramp up its electric vehicle (EV) and autonomous vehicle investment by 30% over the next 4 years.

What’s the big deal? 2020 was all about upstart EV makers like Tesla, NIO and Nikola. 2021 put the focus back on the old car souls like GM, Ford and Volkswagen.

Electric vehicles are estimated to account for 58% of total vehicle sales by 2040 and traditional carmakers are in the best position to benefit.

But when you’re an electric vehicle startup, cash gets a lot tighter. That was the case for Lordstown Motors (NASDAQ:RIDE), an EV truck maker with zero revenue. On June 8, RIDE warned investors of bankruptcy concerns — with its CEO/CFO resigning in the following week.

Dive Deeper: General Motors has innovation in its blood, and here’s why