Everything you need to know about investing in NIO, the Tesla of China – The Average Joe

Everything you need to know about investing in NIO, the Tesla of China 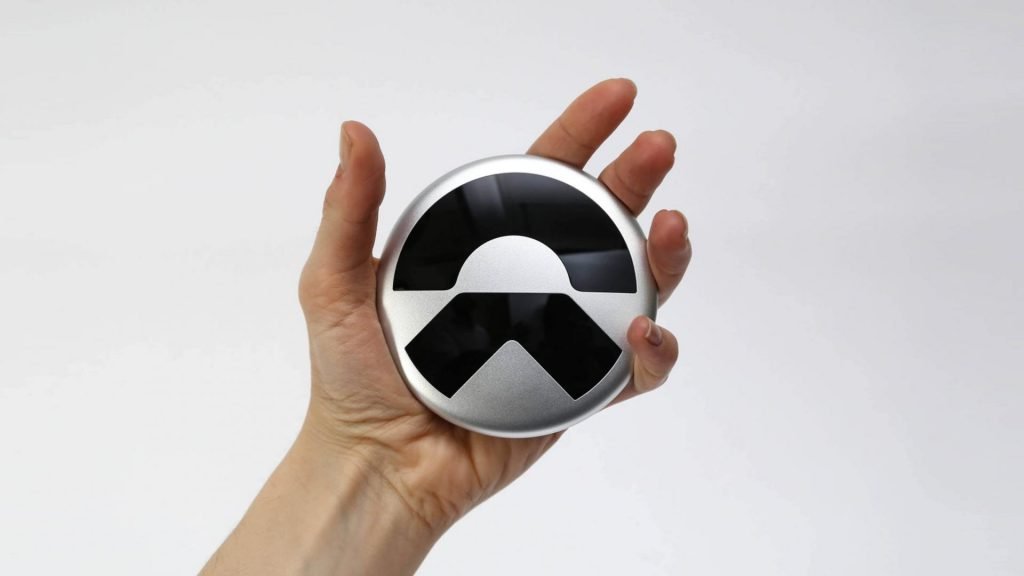 Founded in 2014 by entrepreneur William Li, NIO is backed by some of China’s largest companies including Tencent, Lenovo and Baidu.

The company competes against Chinese EV makers BYD, XPeng, Li Auto and foreign competitors like Tesla. The company has 3 models in production — EC6, ES8 and ES6.

It hasn’t been a smooth ride for NIO so far… NIO was on the brink of bankruptcy at the end of 2019 until the company received an investment of nearly $1b by a Chinese state-owned entity.

It’s a similar story amongst other EV companies — Tesla nearly ran out of cash trying to bring its Model 3 into production.

NIO has two key features that differentiate itself from other EV car makers and solve two big problems with owning an EV — time to charge the cars’ battery and the high cost of an EV:

However, the same features that define NIO could become a roadblock to the business’ growth:

When it comes to the EV market, China is an electric goldmine. With the largest population in the world (1.4b), China has the highest middle-class population and demand for transportation. It also has a strict mandate to cut down on pollution.

NIO barely makes it to the top 5 EV cars sold in China with just 3% of China’s EV market share and selling 17k units (Jan- Sept 2020) of its top-selling model, ES6. The most popular EV is still Tesla’s Model 3, which made up 12% of the country’s plug-in EV sales. 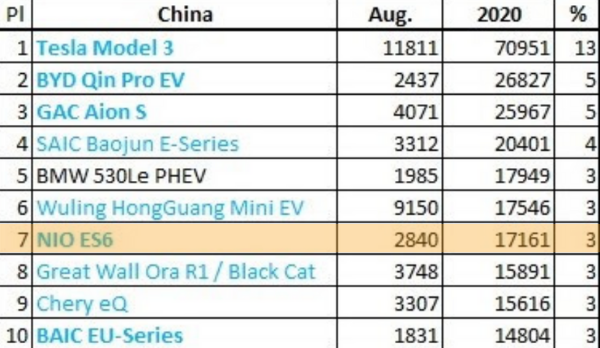 You might only recognize BMW in the list above but in a couple years, the EV landscape in China could be completely different.

Traditional carmakers are gunning for the top spots and they’re bringing years of experience and billions of dollars in capital behind them:

But what they’re really lacking is the technology, which they’re acquiring by partnering with existing EV car makers (e.g. Toyota and BYD’s collaboration) or by pouring billions of dollars into R&D.

With over 20 EV vehicles already in production and plans to transition more factories to build EVs, Volkswagen expectsto produce more EVs than any other carmaker by 2023.

2023, the year for EV to shine… According to the Financial Times, the price of EV batteries is set to drop to $100 per kWh by 2023, down from $160. At this point, the price of EVs will be equivalent to traditional internal combustion engine cars — which could ignite the adoption of EV vehicles.

How fast is NIO growing?

The NIO today looks a lot different from a year ago when it was on the verge of bankruptcy.

On Nov. 17, the company reported its third-quarter earnings with financials that have significantly improved:

For investors… Bubble or not?

Each EV automaker is being valued like they’re all going to be the next General Motors or Toyota — and it’s likely some will, but many could fail at trying to compete.

NIO has picked up enough traction to stay around, but whether it’ll be as big as the largest car makers today isn’t certain.

Sales growth is strong and running out of cash is no longer a concern but no matter how you look at it, NIO is likely overpriced.

There’s likely no doubt that NIO’s share price is being propped up by the hype in the EV market but the important question is — how long can this last?

As we previously wrote, emerging industries (e.g. electric vehicle, cannabis, cryptocurrency) will often go through a boom and bust cycle of rapidly increasing stock prices with an eventual collapse.

If we’re in the boom cycle of the EV growth, investors could be in for a surprise. Unfortunately for investors, it’s impossible to predict when a bubble will burst.