This week, Elon Musk disclosed an additional $4B sale in Tesla shares, despite saying he was done selling — bringing his total liquidation to ~$36B in the past year. $TSLA has lost over half its value this year, and investors are having doubts.

Will he continue selling his remaining ~14% of Tesla shares? That depends on Twitter’s financial situation — a hot mess that Musk is bankrolling now.

The ad market is also in decline. Even the rising star TikTok lowered its sales target by 20% as advertisers cut marketing budgets.

And now his attention is divided between being the CEO of Tesla, Twitter, SpaceX and The Boring Company. One man can only do so much. 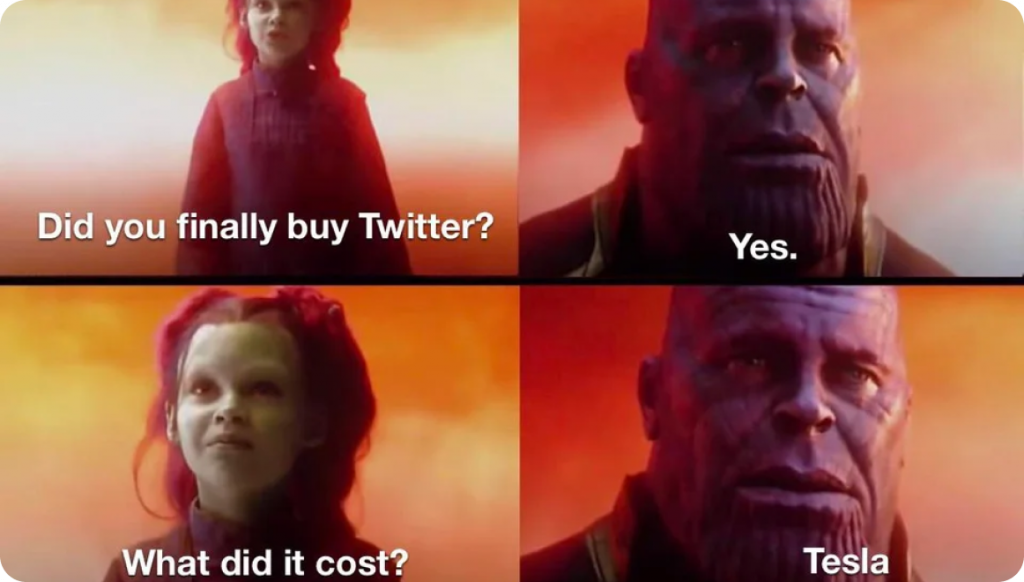 Not the only thing investors should worry about…

Auto demand has held up quite well, considering the state of the economy. GM and Ford say they’ll clear large order backlogs by the end of the year. But the question on every auto investor’s mind is: how will demand hold up after?